This week we saw air temperatures decrease a bit and it definitely feels like winter has arrived, even though our winter is mild by all accounts compared to other places to the North. Striped marlin catches remain consistent and for those willing to spend the money on extra fuel, the Finger Bank near Todos Santos remains the top location. Incredible double-digit catches of marlin and dorado were had in that area. Dorado was the top fish caught this week, with nearly 80% of boats landing them, yellowfin tuna catches have continued to dwindle and in there place we’ve seen an increasing number of wahoo being boated. We also saw the odd blue marlin and jack crevalle. 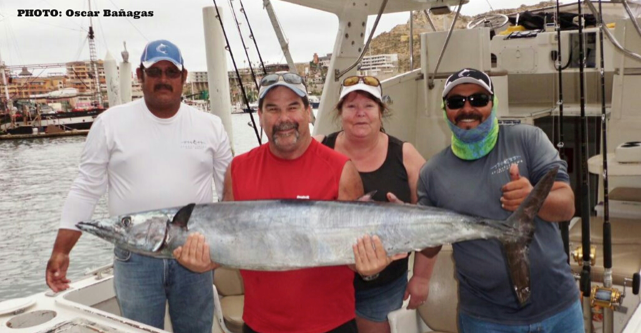