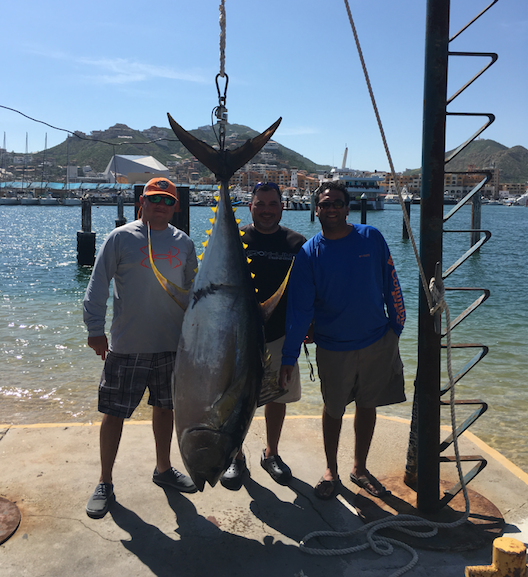 BILLFISH: This week the most abundant species of billfish were striped marlin, with blues coming in second, and a spattering of sailfish throughout. We had an excellent catch success rate, with 96 percent of boats being successful and only two boats getting skunked. The weather couldn’t have been more perfect, warm water and clear skies, accompanied by calm seas and plenty of fish. This really was an excellent showcase of the outstanding world class fishing destination that Cabo is. The Pisces Andrea, captained by Orlando Murillo and deckhand Silvestre headed out to the 95 Spot to land their billfish. Taking out a group of anglers from Florida, they ended up catching and releasing a sailfish of around 85lb and a blue marlin of around 130lb; all on a half-day trip. The Pisces Tracy Ann captained by Julio Castro took out a group of anglers from California, landing a perfect example of the top species for this week. They caught and released a striped marlin, and landed a dorado, a yellowfin tuna and a 283lb blue marlin, that took skipjack as bait. 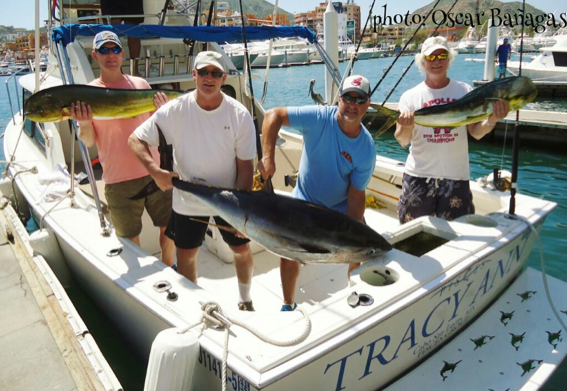 OTHER SPECIES: Pisces boats caught mostly yellowfin tuna and dorado, with some large tuna still being caught here and there. Although most of them, as well as the dorado were in the 15-25lb range. The largest tuna caught this week was landed by the Pisces Knot Workin, coming in at 208lb and caught on a kite with a fly-fishing lure. They also caught and released a 140lb striped marlin, for their anglers from Houston Texas. Captain Nayo Winkler was on a backup boat this week, and brought in two wahoos, weighing in at 25 and 35lb each. As well as a dorado and catching and releasing a striped marlin, for a group of anglers from Arizona. The Pisces Cabolero, brought in two yellowfin tuna at the San Jaime bank for some anglers from Salado, Texas. One weighed 20lb, while the other was a very nice 125lb yellowfin. 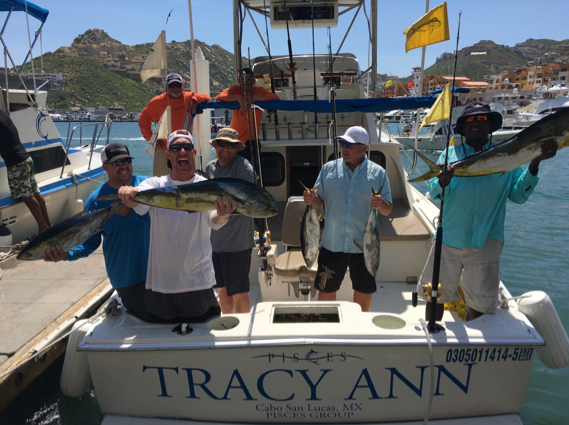 LOCATION: Boats fished exclusively on the Pacific side this week.