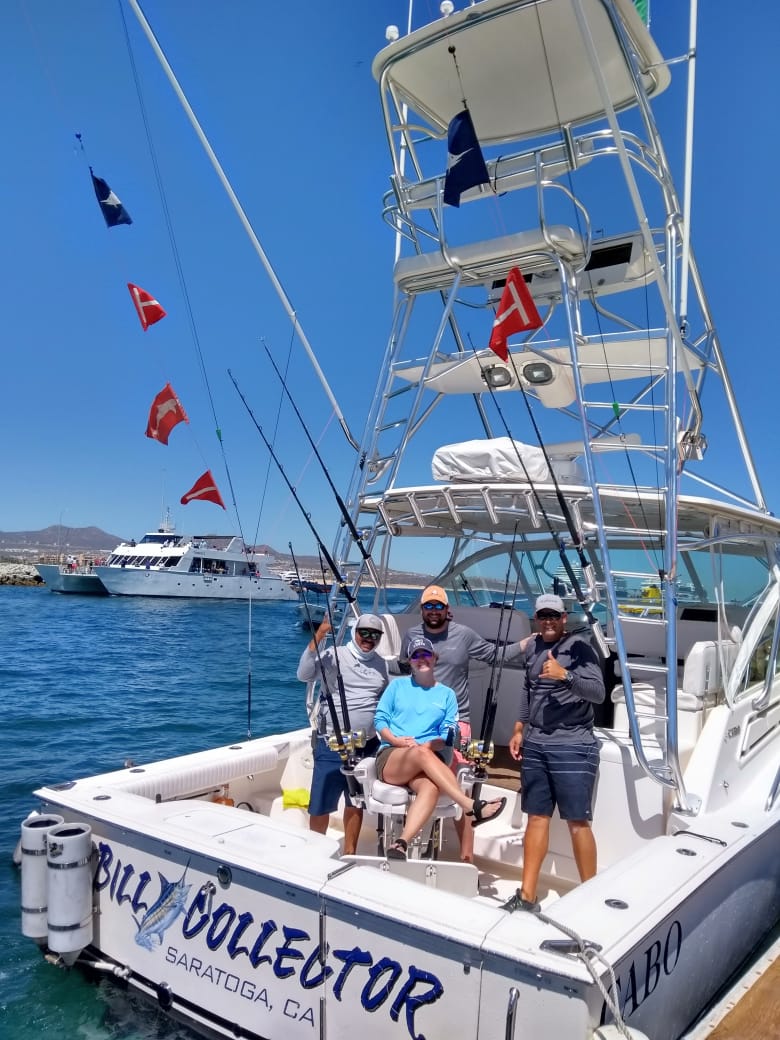 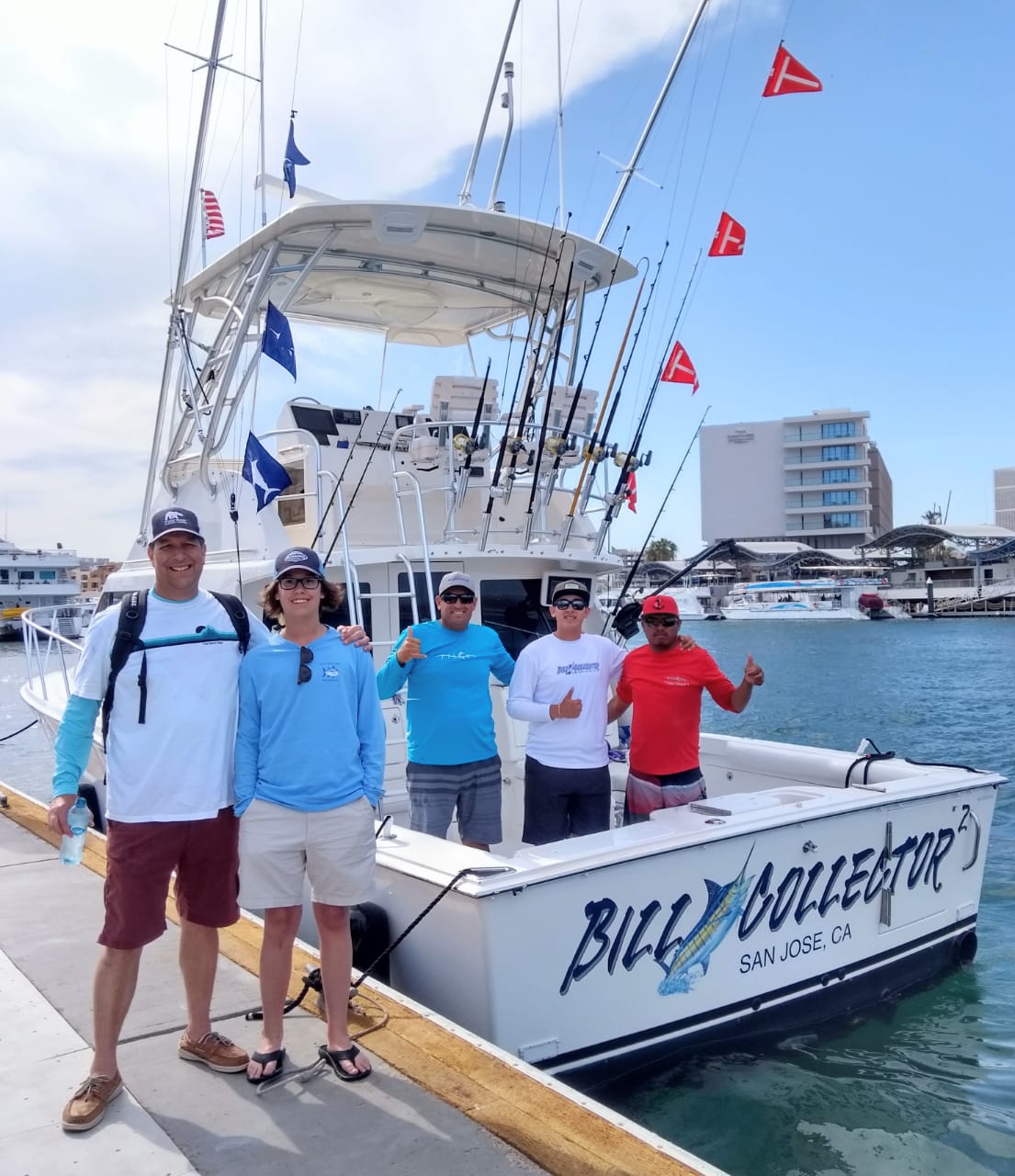 The 35′ and 32′ Bill Collectors with two days of great fishing.

Pisces 28′ Andrea caught and released 3 striped marlin beginning the week, between Golden Gate and Migrino on mackerel bait. They also landed a nice 30 lbs yellowtail on mackerel there. Anglers were John Craegn and Mike Hoback from Seattle. Pisces other 28′ vessel, the Adriana also released 2 striped marlin this day at Golden gate, using makerel. The marlin were about 100 and 140 lbs each, for anglers Kim and Danny Schnaubert from Texas. Later in the week, the Adriana targeted grouper, and landed 2 of them of about 15 lbs each on mackerel bait at Golden Gate and Mirgino. 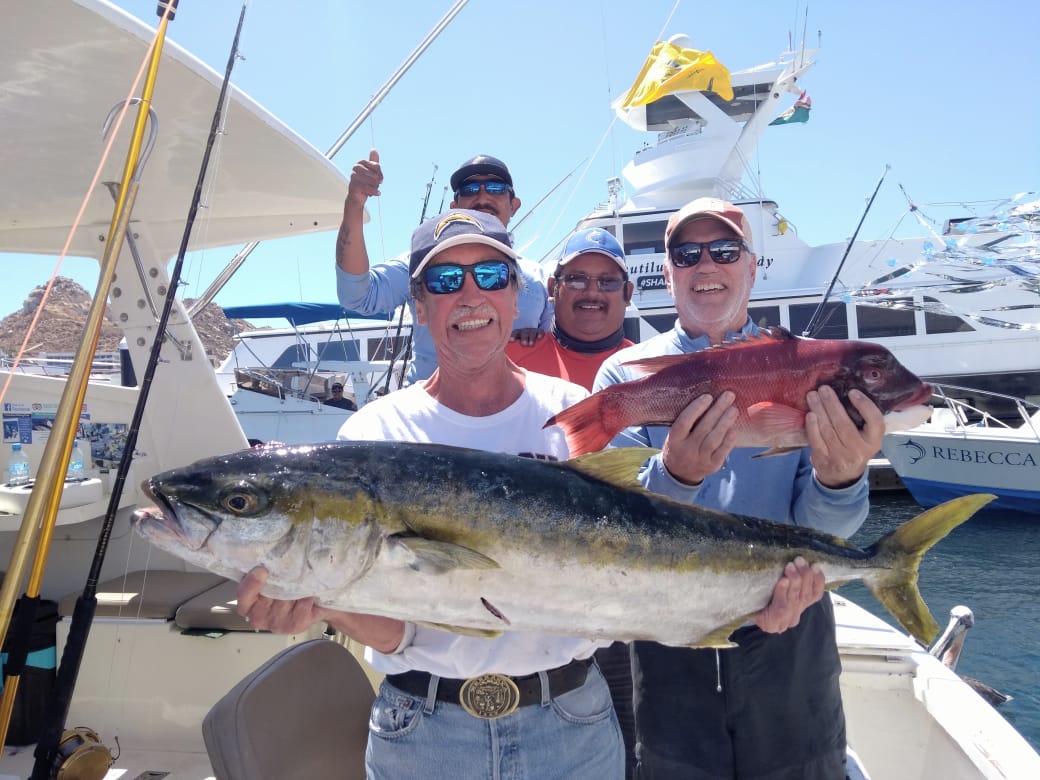 Pisces 42′ Caliente, one of our top boats this week, did well to release 3 striped marlin of about 100 lbs each on mackerel at Golden as well. Anglers were Kevin Kelly and Jordan and Racheal Connor. Later in the week Caliente would have an outstanding day with 3 red snapper caught at Migrino on mackerel and one 25 lbs Yellowtail at Migrino. Another 10 huachinangos and they would call it a day. And on another day, it was 3 bonita on Pisces 42′ Caliente, which hit on feathers at Migrino along with a 20 lbs Yellowtail which hit on mackerel. One mako shark of about 50 lbs was also released at Golden gate.

The brand new to our fleet Pisces 35′ Bill Collector 2, a Cabo Express model, debuted successfully this week, with anglers James Barret Jr and Sr doing well to catch and release 3 striped marlin of aprox 90 to 140 lbs each at Golden Gate, releasing a mako shark there on mackerel bait as well. Then they headed to the shoreline of Golden Gate for a nice grouper, weighing about 20 lbs.

Pisces 32′ Bill Collector had a very similar catch this week to, with 2 striped marlin released, also at Golden Gate on mackerel bait, this time the fish weighed between 90 and 120 lbs each. They caught a mako shark there too.

A few from the day out on Pisces 31′ La Brisa

For tuna catches we saw Pisces 31′ Tracy Ann and anglers from Apple Valley, Minnesota catch 4 skipjack on cedar plugs at La Herradura. Pisces 38′ C Rod also caught 4 skipjack, finding luck on hoochis lures at the Old Lighthouse and then heading to Los Arcos for red snapper and other small game. Anglers the Barrett and Hard families caught 10 triggerfish, 4 red snapper, 4 bonitas and 2 Sierra mackerel there on hoochis. They also caught about 15 pompano with many released. And is this wasn’t enough they also caught a small red snapper mackerel bait.

April 12th was another productive day for Pisces 38′ C Rod, with a 15 lbs dorado caught on a feather lure. The crew targeted tuna mainly, but of course couldn’t turn down the nice dorado when it hit. They pulled out the kite and successfully landed 15 yellowfin, between 10 and 25 lbs, all at Golden Gate, for angler Angelo Abela that came all he way from Queensland, Australia. 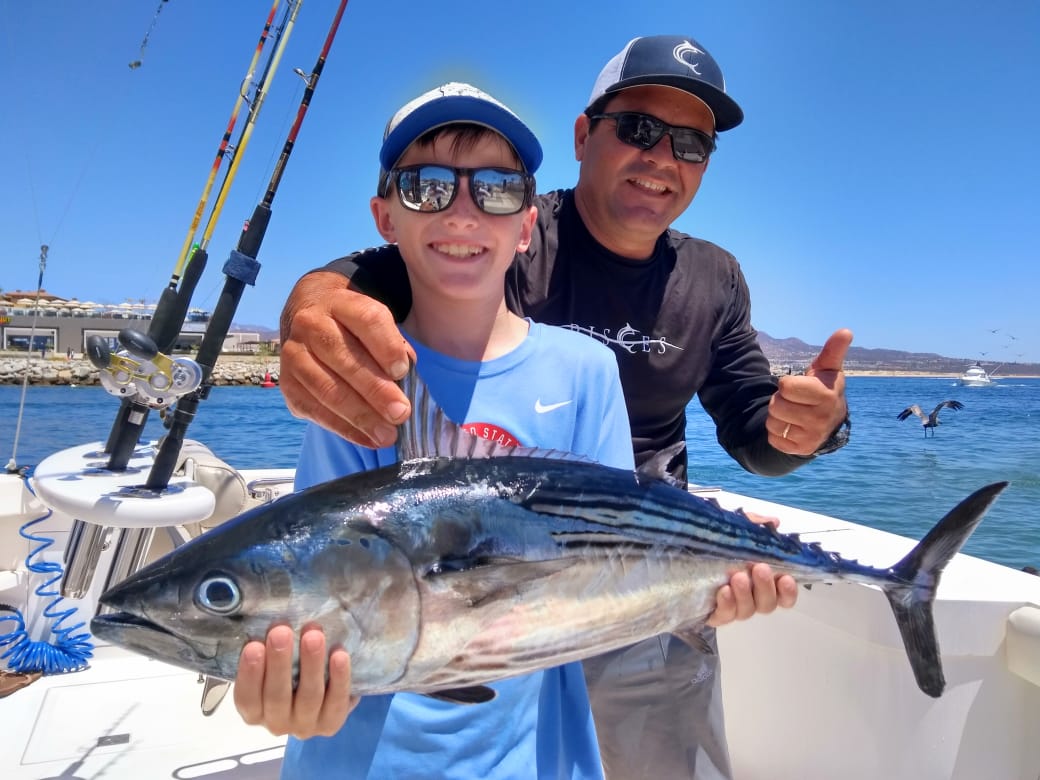 Pisces 35′ Valerie closed out the week with 6 sierra mackerel caught on hoochis close to shore at Golden Gate area and also caught 1 bonita on hoochis. 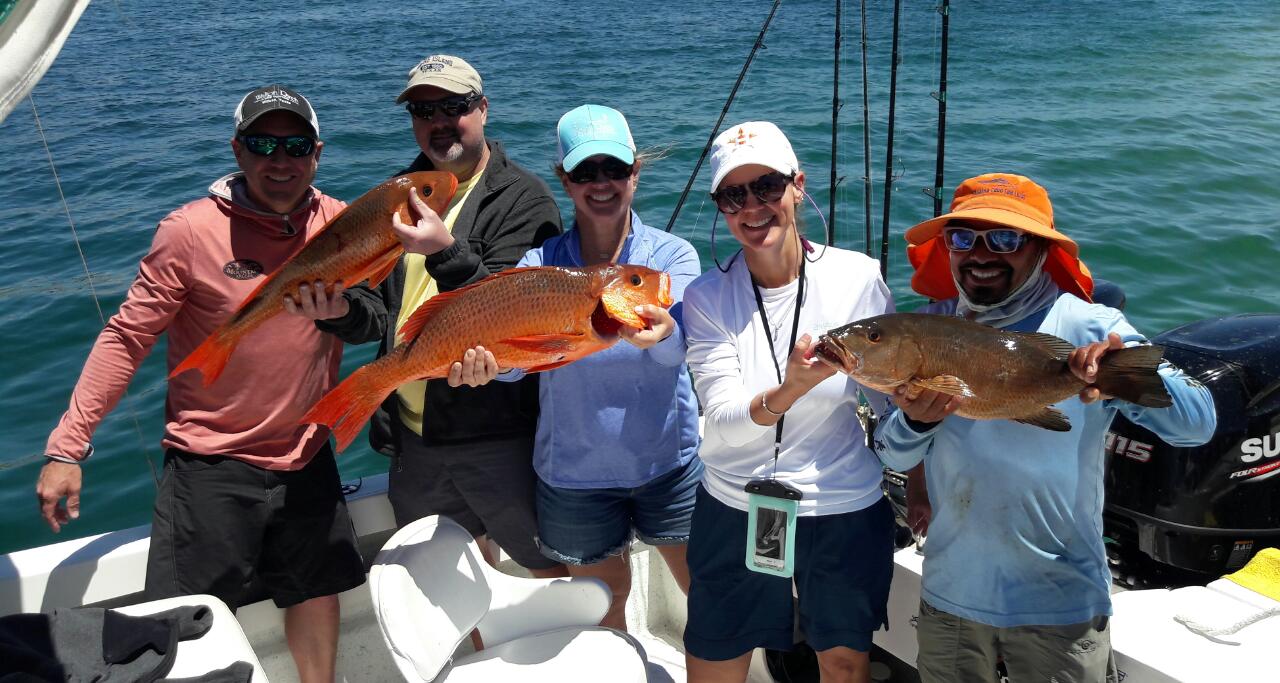 Written by Rebecca Ehrenberg based on the catches of Pisces Sportfishing