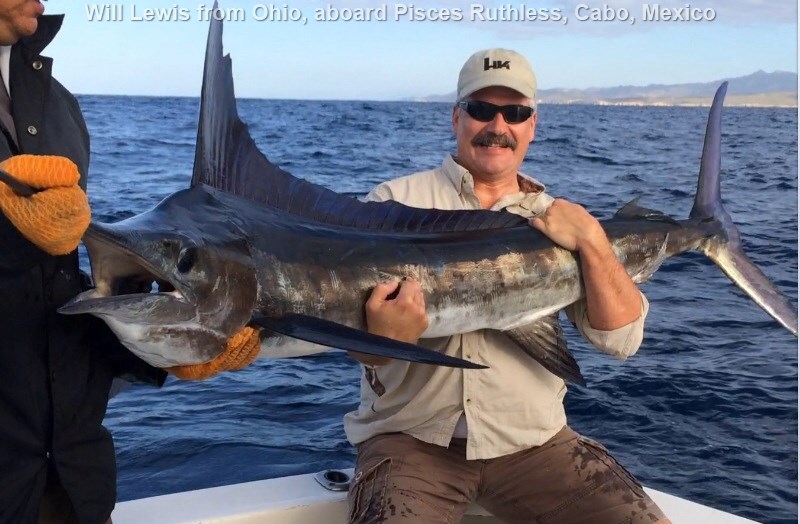 BILLFISH: This is traditionally one of the slowest times of year, between Thanksgiving & Christmas that is for anglers not fishing – numbers are a little lower this week due the fact that there are less boats going out. The weather is outstanding right now, sunny, but not too hot, seas calm the last few days and fishing good despite an almost full moon. We had quite a few requests for half day trips this week which we booked reluctantly, because they tend to be less successful – just not enough time to get to the fishing grounds and back and still get in quality fishing time. The boats that did get “skunked” this week invariably were those on half day trips. Striped marlin were the most widely caught sport fish this week with boats regularly catching one or two each as well as some dorado.  Top boat for us was Pisces Tracy Ann on December 7th, when they released eight marlin up to 130 LBS off of the Old Lighthouse for the Fritz family from Plymouth Indiana. This same day other boats such as Rebecca & Petrolero had four marlin each, whilst those fishing a bit further out caught a marlin and a few small yellow fin tuna. Tracy Ann was the only boat to release a sailfish this week along with two striped marlin for Daniel & Ann Marie Hanon from Kansas City.  Fishing is still concentrated on the Pacific and from our view of the ocean we can see boats stacking up off the Old Lighthouse, which is normal at this time and can last for up to four weeks. Those ranging further afield tended to land some eating fish too.  Seventy four percent of our charters caught billfish this week, giving us a total of 84 striped marlin and 1 sailfish; all released. 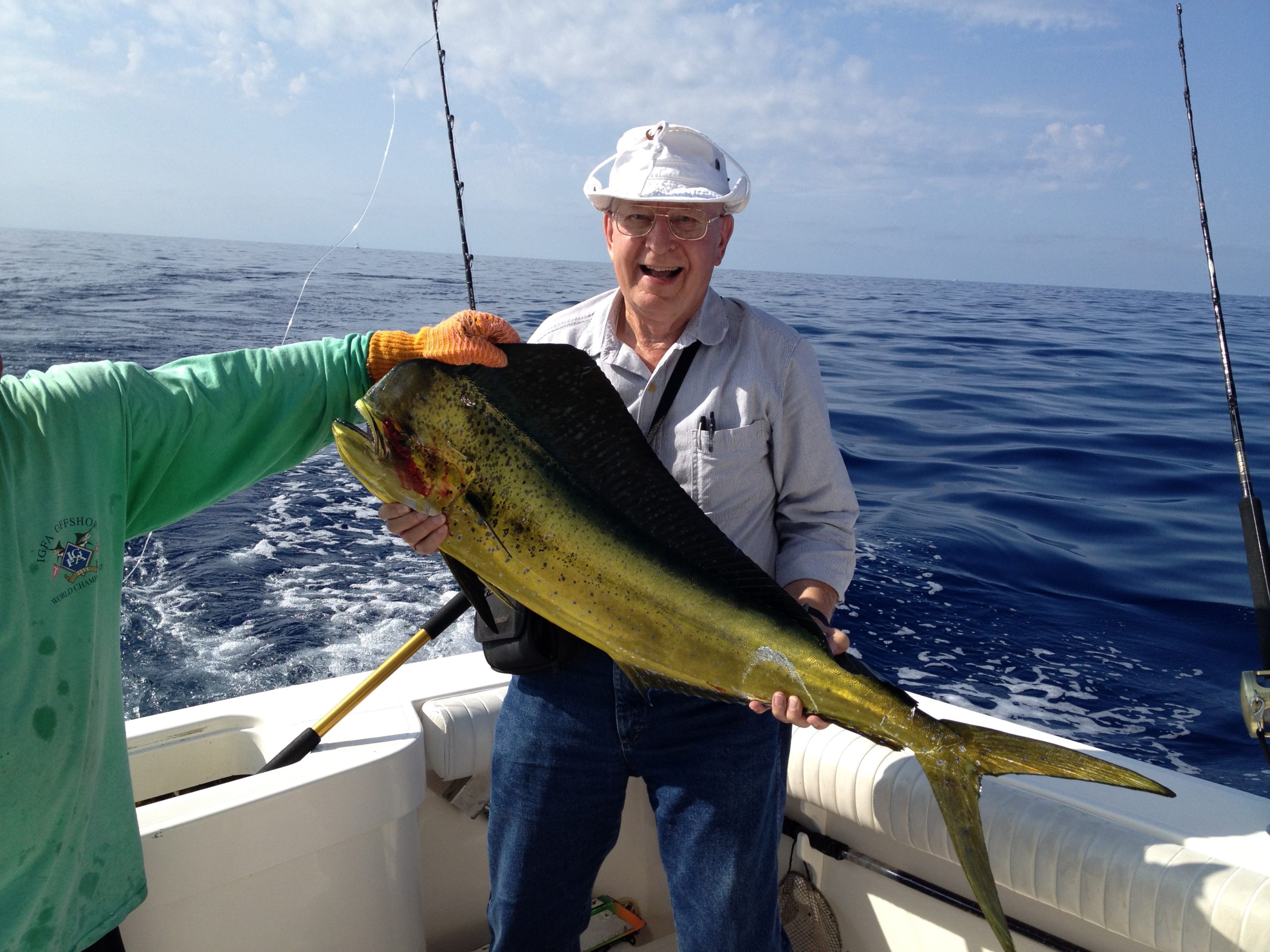 OTHER SPECIES: Dorado catches were steady this week but should start to wind down throughout this month and into January. Nevertheless a little over half the boats caught between one and nine dorado in the 15 to 30 LB category. They took green colored lures as well as live bait. Top dorado boat was Bill Collector with nine caught (five released) plus a striped marlin released for Kendrick Heaves from Alabama fishing with friends from New York and Florida. Fifty three percent of our charters found dorado and a total of 68 were caught. Tuna catches were slow with just a little over nine percent of boats catching football size fish with catches ranging from one to fourteen fish – the boat that did best was Pisces Rebecca for Brett Whitehead from Irvine, California who was fishing with Tim Pettit – this particular day they went it the opposite direction from the other boats and ended up with fourteen tuna, up to 20 LBS and a dorado.  Inshore there were a few roosterfish, red snapper, skipjacks and jack crevalle. Number on these small game fish will increase in the New Year.
LOCATION: Pacific, Old Lighthouse, Migrino, Margaritas, San Cristobal, Los Arcos, Pozo de Cota.
WEATHER CONDITIONS: Skies partly cloudy, seas average to calm.
AVERAGE WATER TEMP: 76 F
BEST LURES: Live caballito, ballyhoo, green colors, petrolero, blue & white.