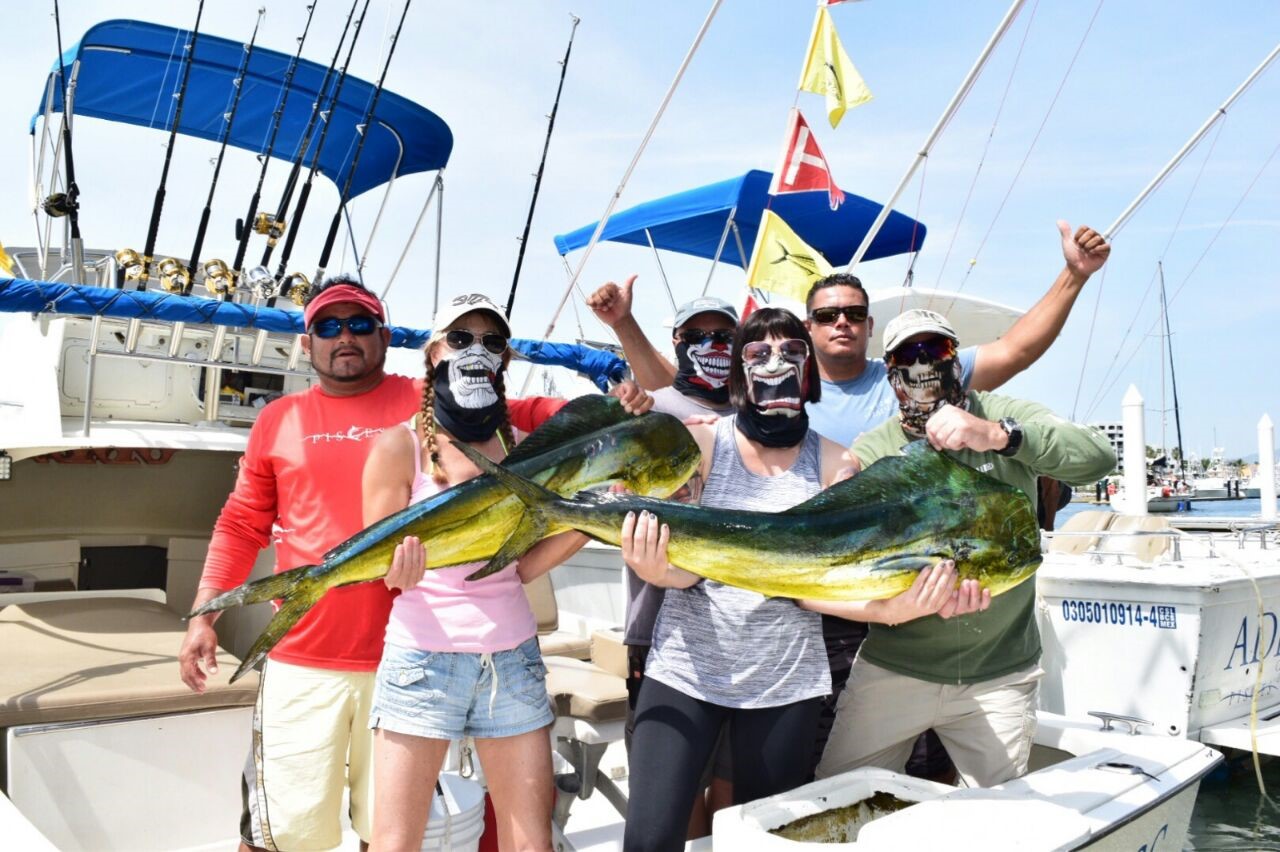 What a fantastic week of fishing! We saw many varied species catches per boat, similar to last week, with dorado numbers per boat remaining high. There was a vast array of billfish this week as well, with sailfish, stripers, blues and even one black marlin caught. Other species caught were again, mainly wahoo and some tuna, with a few sharks showing up, as well as one spearfish.

October 2nd, was a great day for our 28 ft Andrea and anglers Glenn and Susan Daehenke from New Jersey, who are long time clients, fishing with Pisces since 2007. Even with fishing for so long with us, this day was one of “many firsts” for the couple, as Glenn explains here,

“This trip on Andrea with Capt. Orlando and Mate Silvestre was one of firsts, because after landing a dorado, I landed and released my first ever sailfish.  A little later my wife landed a wahoo – another first. As we neared the end of the day a blue marlin hammered a fresh lure just put on by Silvestre. My first blue marlin! After an exhausting fight he was landed and unfortunately died. Estimated at 280 lbs. at the dock.” 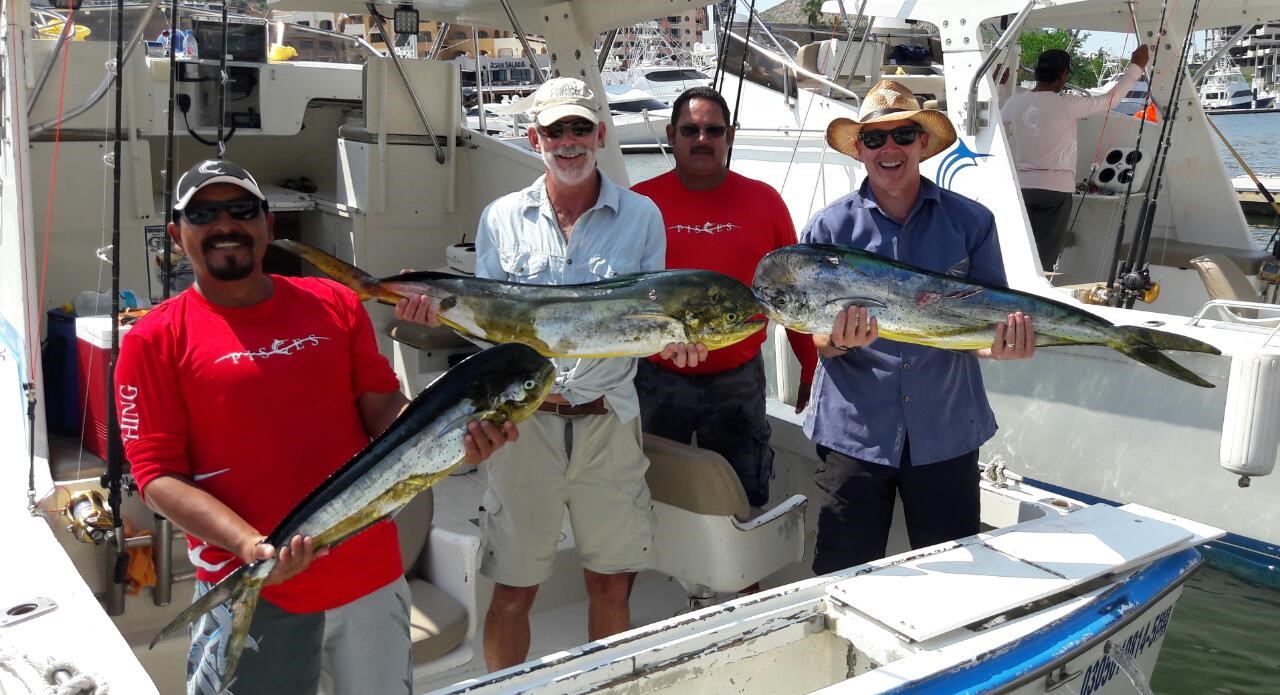 This same day, 32 ft Billcollector caught and released one striped marlin of approx. 180 lbs on caballito bait, about 15 miles out from the 180 spot. Anglers Brandon, Jerry and Scott from Texas, also caught themselves a 15 – 20 lbs dorado each on lures, and managed to land a nice 200 lbs blue marlin as well. The blue was released and also caught at the 180 spot on caballito bait.

The next day, to continue in this great streak of varied species caught per boat, the La Brisa and anglers Earl (Chief) Smith II, Matt Henderstrom and Stephen Vost, from Texas, caught one dorado of about 15 lbs on a blue/green lure as well as one yellowfin tuna on cedar plug lure, one sailfish, approx. 100 lbs (released) and one silky shark, on caballito bait, also about 100 lbs, released. All fish were caught at Los Arcos.

The 38 ft C Rod, captained by Abel Ramirez had another great day with anglers catching two dorado weighing 10 and 20 lbs. on ballyhoo bait and feather lure, as well as a wahoo on black/red lure which weighed approx. 30 lbs. Lastly, they landed a nice blue marlin of about 160 lbs on a petrolero lure which they released. All fish were caught at Los Arcos.

And what an amazing day for billfish aboard the 60 ft Shambala, captained by Benito Agundez! 5 marlin caught in total, two of which were stripers weighing about 60 – 70 lbs and the other three were blues, which weighed abut 180 lbs, 200 lbs and 250 lbs.  All marlin were caught by anglers from TX on ballyhoo bait out at La Herradura.

Another billfish filled day for 31 ft Tiburon as well, which landed 3 striped marlin (all released) around 100 – 130 lbs. on ballyhoo bait out at Golden Gate. Ruthless, our 31 ft Bertram captained by Beto Lira,  did well to catch and release one striped marlin of about 100 lbs which anglers Rob Bell and Tom Turley caught on a blue/white lure. They also landed one dorado of about 20 lbs on mackerel bait and one wahoo of about 45 lbs. on a red/black lure. All fish were caught out at the 11:50 Spot.

Now for the only black marlin of the week, this was caught aboard the 38ft C Rod, and weighed approximately 300 lbs. Strangely, this fish was caught very close to shore, only about 2 miles out from the Old Lighthouse, and struck on caballito bait. Anglers Monte and Rhonda Eagleton from CA released the fish.