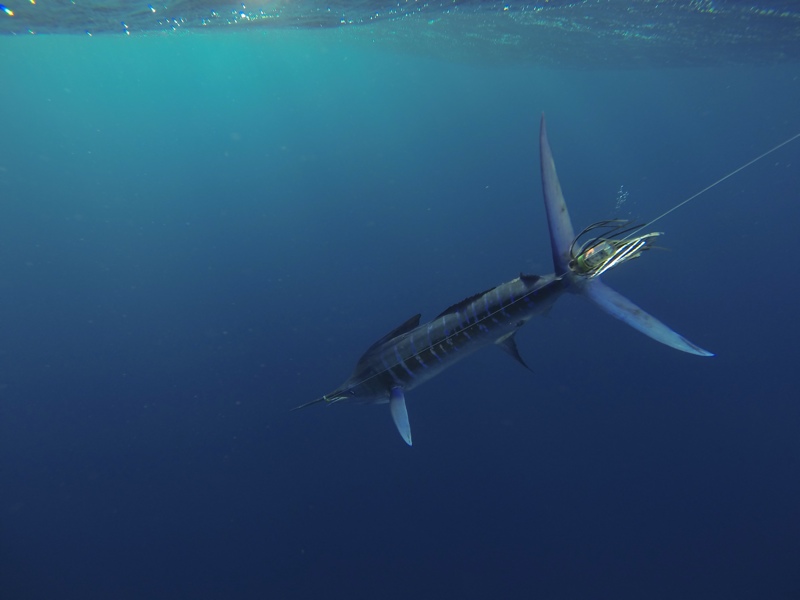 BILLFISH: Cabo is living up to its name of “Marlin Alley” with multiple hook-ups of striped marlin ranging in size from 90 to 180 LBS, with an average catch of three marlin per boat per day. The fish varied in energy and strength; anglers reported some fish as coming to the boat easily, whilst others were feisty and gave the anglers a beating.  All the action is on the Pacific ranging from the Old Lighthouse to Golden Gate with caballito and ballyhoo usually ensuring a hook up, to a degree that eighty nine percent of our charters caught striped marlin this week. Pisces 31ft Bertram La Brisa was the hot boat this week with nine striped marlin released in the Las Margaritas & Migrino areas for the Berger family from Katy, Texas on November 30th. A couple of days later this same boat released another seven marlin, plus caught a dorado for Elizabeth & Harold Kennedy from De Cobb, Washington. Pisces Rebecca, another 31 ft. Bertram had two great days; on December 1st they released seven and caught two dorados off of Margaritas for Helmut Witte & family from Colorado Springs, then on December 3rd this same group released another seven marlin. Wow now that is great fishing for a family, fourteen marlin in two days fishing. This catches were the better ones of the week, but there were plenty of other boats that had five in a day plus an odd dorado here and there. Pisces anglers caught a total of 142 striped marlin this week; all released. 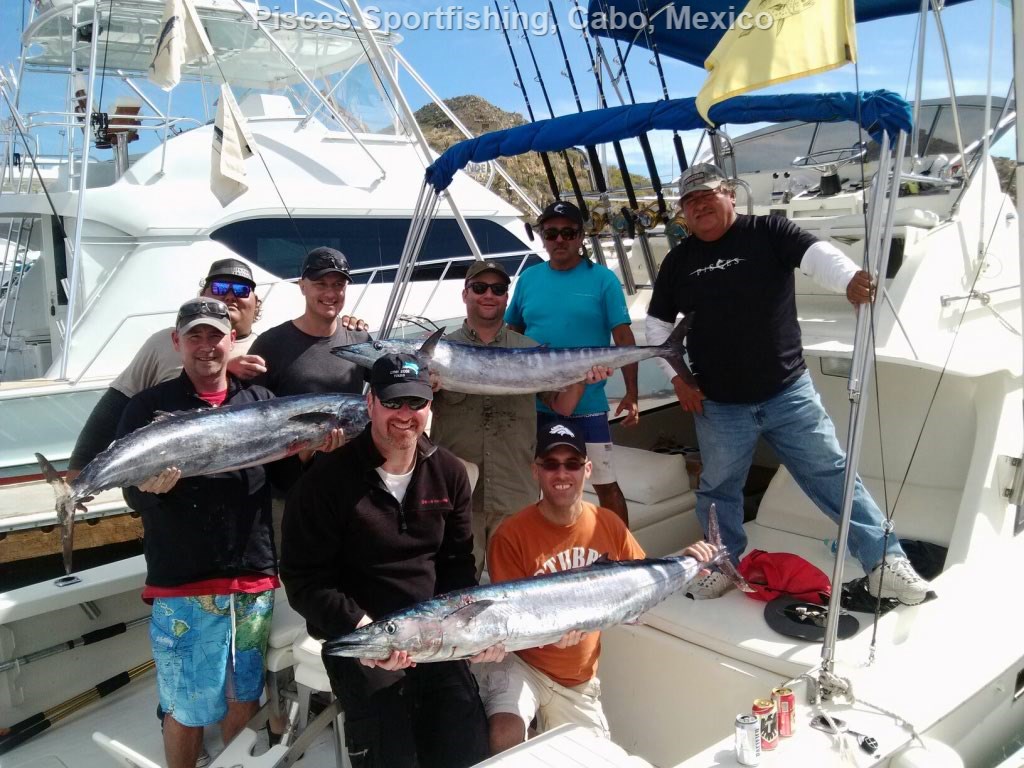 OTHER SPECIES: We are pleased that the dorado are sticking around though the numbers dropped considerably this week, that is for sheer numbers, because even with the drop seventy four percent of charters still managed to hook between one and nine fish. Weights on the dorado ranged from 10 to 30 LBS. The more numerous catches were offshore 15 miles out with this species taking live bait and green colored lures. Pisces anglers caught a total of 117 dorado this week. A big commercial tuna boat was in the area, which meant there was blood in the water that attracted marine life. Two boats Halcon & La Brisa capitalized on this and managed to have great wahoo days. Halcon had six wahoo up to 40 lbs., plus seven dorado and five yellow fin tuna for Jimmy Dean from Tennessee. La Brisa had four wahoo up to 30 LBS plus five dorado, twenty three miles offshore near the tuna seiner for Charles Strickland & party from Denver, Colorado. Other than the dorado and wahoo the only other fish we caught were a few skipjacks.
WEATHER CONDITIONS: Partly cloudy, seas were up and down, some days beautiful and others choppy when the wind came up.
LOCATION: Pacific, Old Lighthouse inshore up to Golden Gate and 23 miles out from Lighthouse.
AVERAGE WATER TEMP: 77 F
BEST LURES: Live caballito, dead ballyhoo, green colored lures, rapalas for the wahoo.