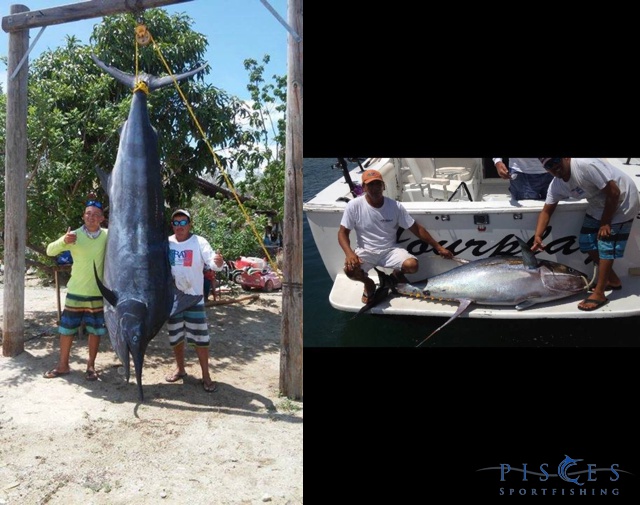 The biggest fish of the year, so far, was landed off of a 22 ft panga yesterday off of San Jose del Cabo, going to prove yet again that you don’t need a big boat to catch a big fish.  This huge fish took two and a half hours to land by local angler Carlos Cota Lucero Jr. also knows as “Muneco” and his father known as “Guero Verigas” aboard the panga Viviana, which fishes out of La Playita.  Not only this but there was also a hefty 309 lb tuna taken aboard Fourplay, also out of La Playita by Phil Andrew which took him over four hours to boat as he was coached by Captain Modesto Miranda & Deckhand “Papayo”.  Well done to anglers and crews.  Out of Cabo Pisces had a banner day on striped marlin, sailfish and yellowfin tuna.