This is a little story about father & son fishing tradition in Cabo, a vintage 25 Pisces cap and soul fishing.  A big thank you goes to Robert for sharing his story with us, we are honored to have him, his dad, and their loved ones in Pisces family! 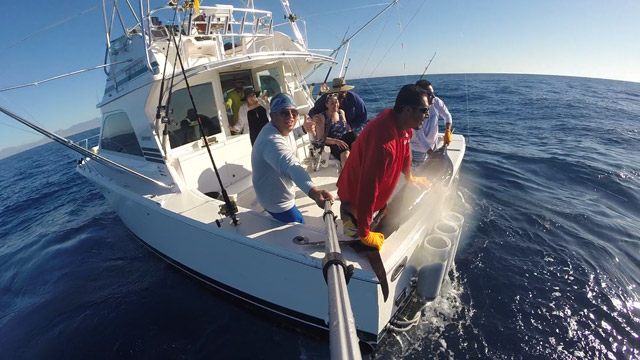 One day in May, when we were welcoming back our anglers at the dock, we started talking to Robert, from Signal Hills, CA.  He and his team had a great fishing day with 4 marlins caught and released, among others.  Robert said that the last time he caught a marlin was about 15 years ago on his fishing trip with his dad – they fished with Pisces aboard Rebecca boat.  He remembers it was a good fishing day, as they returned at 11 am with 3 marlins and 3 dorados.

This time, he was fishing aboard C-Rod with his wife Debbie and Teddie & Nasta from Signal Hills, CA.  We noticed that his cap has a Pisces logo on, and as we haven’t even remembered of this model any more, we asked him about it.  Robert explained that it was his father’s, who passed away 3 years ago.  His mother found the cap 2 days before Robert’s flight to Cabo, and gave it to him for good luck.  The dad bought the cap on his first fishing trip with Pisces about 25 years ago! 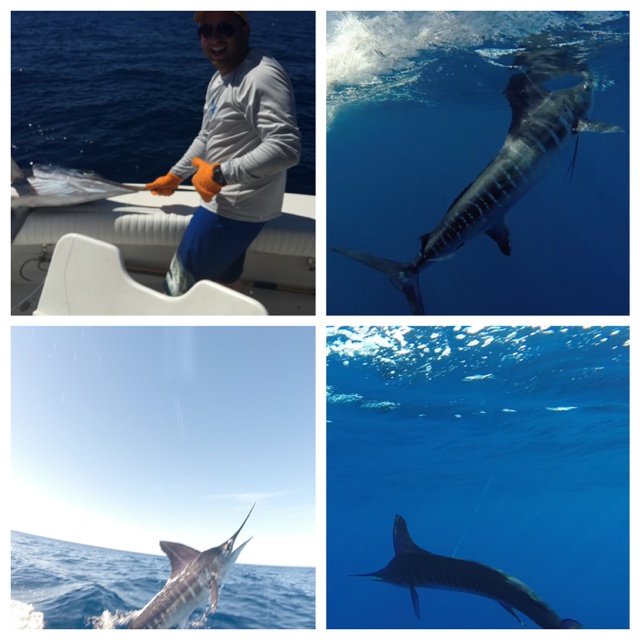 It seems that this vintage Pisces cap really was a good luck charm, because after 15 years of fishing without catching any marlin, Robert had a fantastic fishing day yesterday. We believe his dad was soul fishing with them as well! 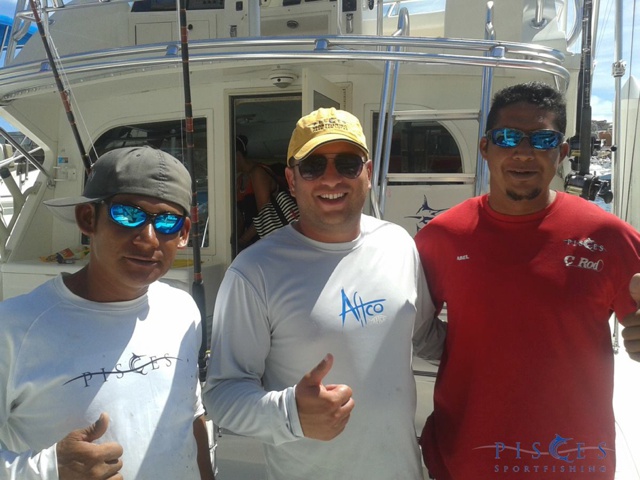