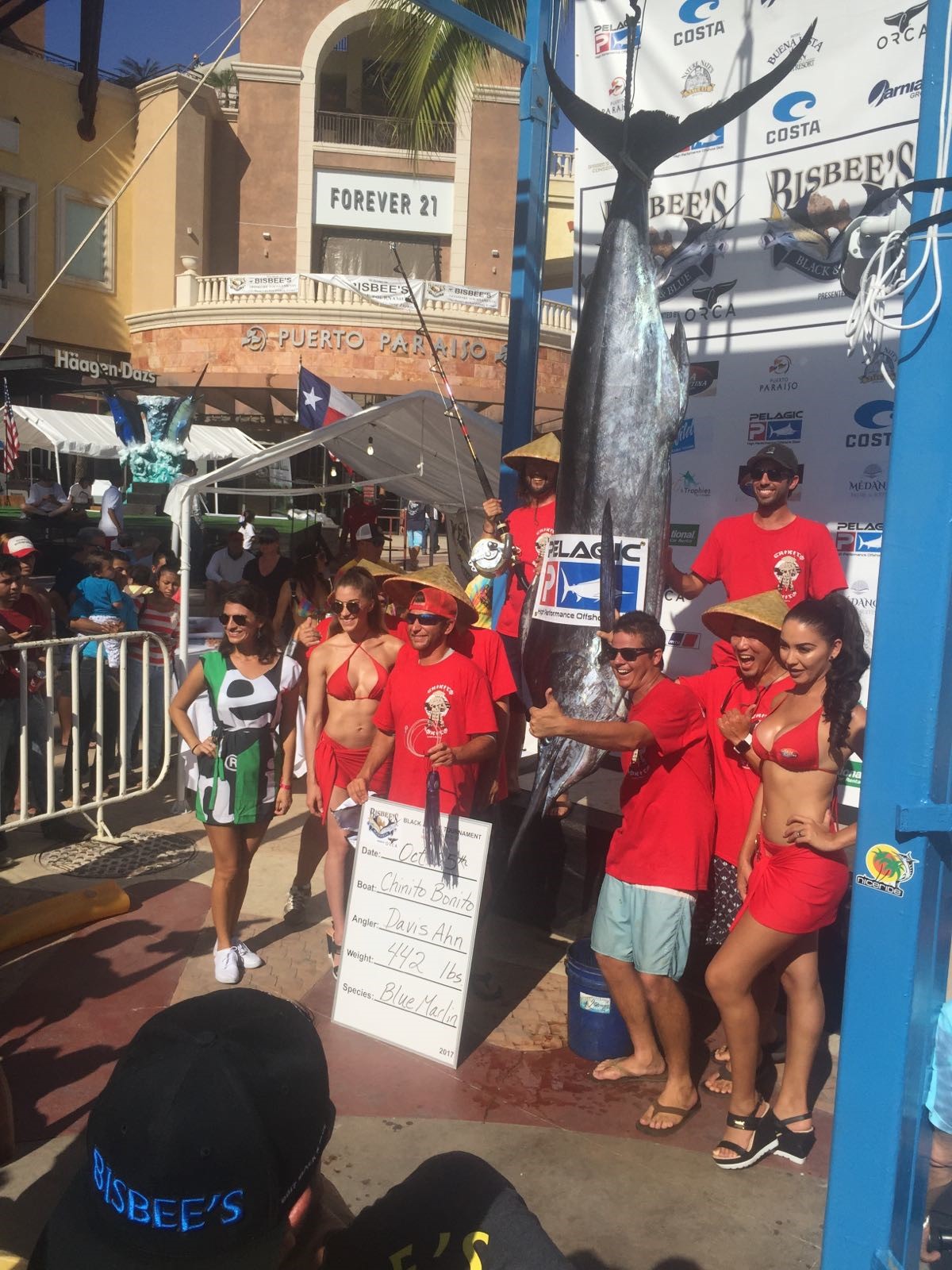 The first day of the Bisbee Black and Blue tournament is underway! After an exciting shotgun start off of the arch at 8.00 am the 120 participating boats raced out of the harbor and it seems that more headed to the Pacific this year than the Sea of Cortez.

Eyes were on the scoreboard early as team Chinito Bonito a Cabo Yacht  named Perfect Match were the first to report a fish boated. The first fish to come to the scale though was the fish that was also boated before noon aboard Rising Sun and once the scale opened, their catch registered 392 LBS, a qualifier for sure, but drawing on our past experience, we knew that this fish would soon be dislodged from first place. Not to take anything away from the team, it’s a big achievement to weigh ANY qualifying fish in this event.

But we were right, not long afterwards Chinito Bonito showed up with a bigger specimen, a nice 442 LB blue marlin caught on a purple lure.

Lines are still in the water but things to take notice of are team Ten Brothers, who are fishing aboard the 32 ft Blackfin Dreamweave; they have TWO fish on board one that took them 184 minutes to land and on that that took them 59 minutes to boat, so we know they have to be  good fish. Besides, these guys just placed second in the Bisbee Offshore a couple of days ago. Their Captain Hiram Montana is very experienced and has a couple of Bisbee wins under his belt aboard other vessels.

With lines out shortly it looks like these will be the only fish weighed today.