We received this review from Greg Jackson on our Facebook page, and wanted to share it with you: 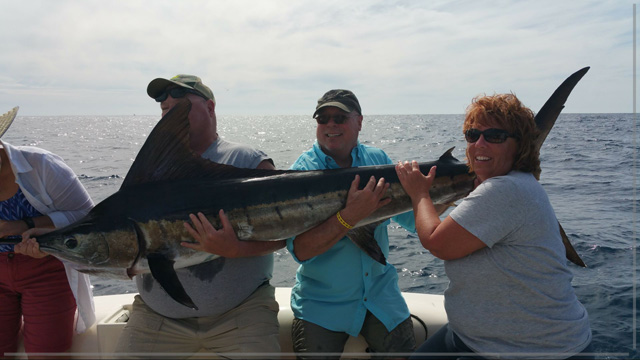 “Went fishing with Pisces on February 11th and 13th February 2015.  We fished on the La Brisa and Rebecca.  The first day on the La Brisa weather was nice with calm seas.  Fishing was slow but that is fishing. The Deckhand Roberto and Captain Rey were spot on when we did hookup.  We had one marlin shred 3 baits but couldn’t get him hooked up.  After 6 fish and 5 hookups we did manage to get 3 in the boat; 1 marlin and 2 Dorado.  The 2nd Day was on the Rebecca.  Again Captain and Deckhand, sorry dont remember their names, were spot on when we did get hooked up.  We only seen one marlin but did get 2 Dorado.  The day was unusually cold and the seas were rough.  So the Captain was quite busy with the boat. 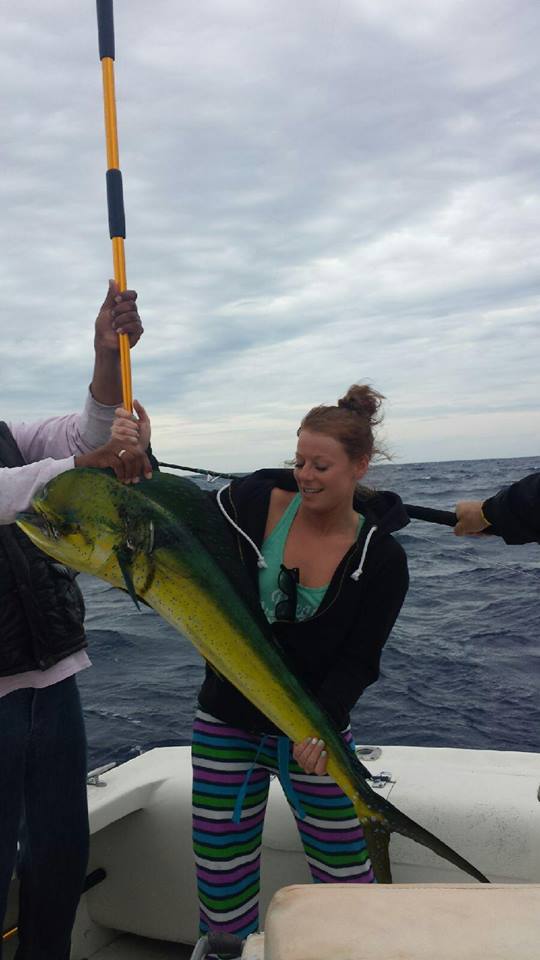 I have taken several different Charters out of Cabo and Pisces Sportfishing is the only one I would use again. There were issues with the other Charters but I will not mention them here.  The resort hooked up 3 and one other I chartered.  I will give a shout out to Pat for her patience with the Crazy guy that must have sent 500 emails.  Lastly the Marlin was released, and the Dorado sure did taste good.  What we didn’t think we would eat we gave to the Captain to distribute how he seen fit.  They were prepared at an outdoor cafe about 50 yards from the boat.  A place simply called Fisherman’s.  The guys on the Dock in the morning were very helpful with getting us to our boats.  I felt we were rushed a bit.  But I think we should have gotten there earlier than 06:30 as there were others wanting to get to their boats also.  This same group of guys were also waiting at the Boat as it backed into the slip, wanting to know if you were taking your catch, if you wanted it mounted and letting you know that almost all the restaurants on the wharf.”