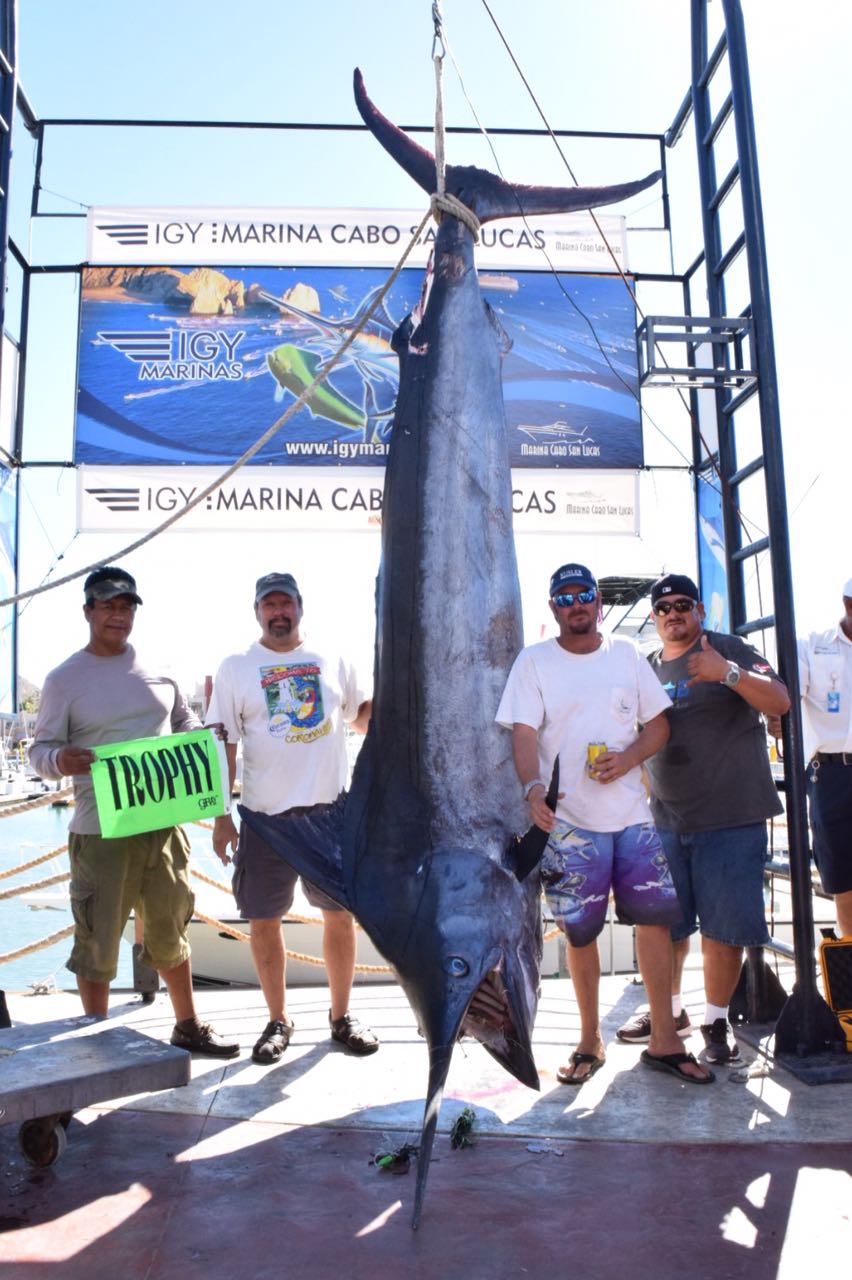 We got a call from the dock yesterday afternoon with somebody telling us they had seen a giant marlin. We were a bit skeptical until the caller sent us as a photo of the fish being dragged out of the marina, dwarfing the two guys handling it. We told the caller to keep an eye on the fish, follow it and to find out more. It wasn’t long before we were in touch with Victor Johannsson a 60 year old farmer from Montana, who also runs a charter operation in Cabo. He told us that he owned a boat called Reel Machine and that he and his captain, Enrique Sandoval went out to test the boat after some recent repairs. They had headed up the Pacific and put out some lures for dorado hoping to catch something for dinner while trying out the boat.They were near Margaritas and no more than a mile offshore, when a something slammed the green and black dorado lure they had out. Victor told us “we knew we had a marlin but had no idea of how big it was, pretty much until we had it to the boat”. Captain Enrique went on to add “the fish jumped after ten minutes and the angler worked to bring it to the boat on 40 LB test for about an hour and a half. The deckhand stuck the fish with the flying gaff, but got it in the tail, which shredded, so the fish was about to be lost. I jumped down from the flybridge and sunk the other gaff into the fish where we struggled to boat it. I noticed that the fish was trailing another black and green lure, not ours, attached to about 300 feet of  80 LB line, so somebody had already fought and lost this fish”.  Back at the dock the magnificent blue marlin was weighed and found to be 772 LBS. Victor Johannsson the angler stated “that is the biggest fish I ever saw or caught”.  It is interesting to note that most of the really huge fish in Cabo are caught out of season; in fact the first week of January usually yields a fish in the 500 to 800 LB category, perhaps a little earlier this year due to the warmer weather and sea temperatures. Goes to show Cabo is still the number one spot in the world for marlin and well done to Victor for reeling in a fish of this size on 40 LB test line, quite an achievement. 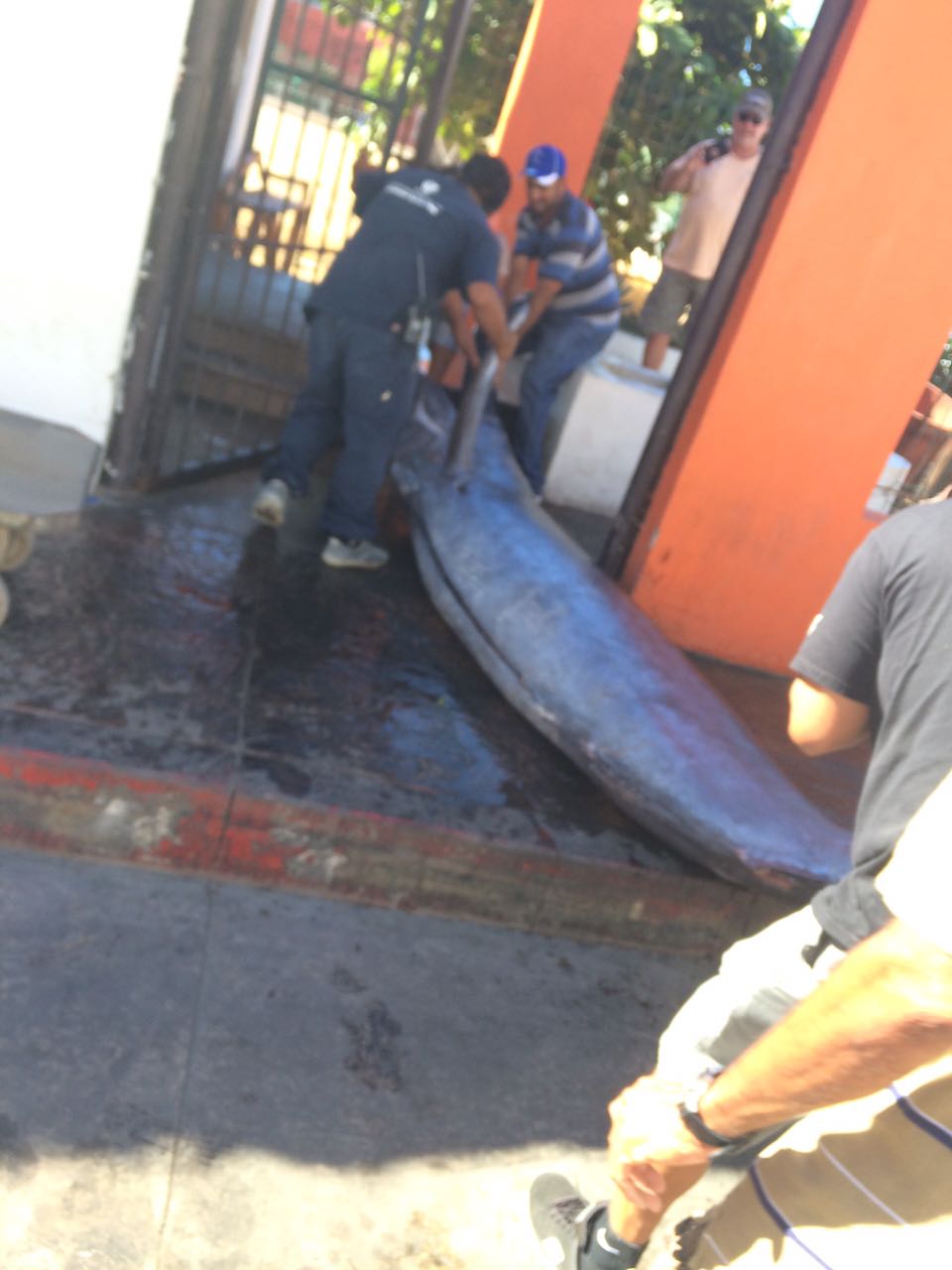