We just received this dramatic review from one of our Pisces Sportfishing clients, not the usual story. Read on:

“We fished with the Pisces group in February on La Brisa with Captain Ray.  The boat was in top shape, well maintained, all gear good as well. Pisces is a well organized company, licenses were waiting for us, lunch was pre ordered and all onboard.  They took good care of our catch, packaging and freezing was taken care of.

On the first day we caught and released a marlin, at around 09:30 a distress call came over the VHF, the crew immediatly pulled the gear and throttled to the spot were a man was swept off the rocks while fishing.  We arrived on scene and spotted the victim floating face down, in my 23 years as a Coast Guard rescue specialist it was apparent that he was deceased.  Captain Ray manuevered as close as possible to try and recover him, he got within 3 meters, however we were now in the danger zone, the swell was heavy and he wisely would not allow the crew to jump in, this was now a recovery.  He then got his boat out of the surf zone.  The Cabo rescue boat arrived shortly after, the victim was pushed onshore by the surf and 2 officers on the beach recovered him.

During this call for help, not one other boat came to assist, we passed at least 15, still fishing.

Captain Ray should be reconized for not only his excellent seamanship but for his compassion, he was the only boat to respond to a fellow man in distress.  I salute him.

He is a heck of a fishing guide as well.  Look forward to fishing with him next year.” 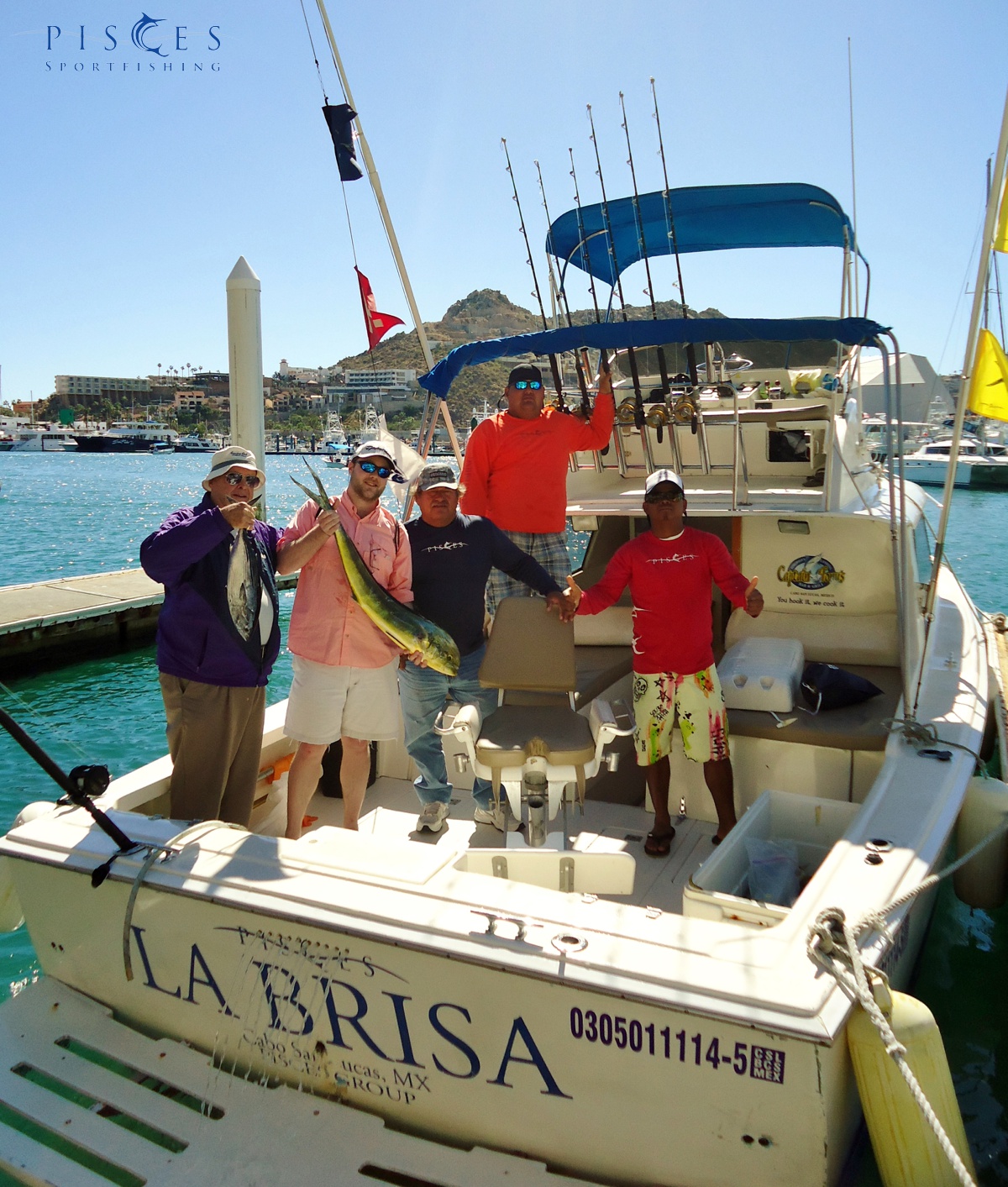 ** Our heros are Captain Rey in navy blue, deckhand Fernando in red an Rey Jr in orange.