When the recession hit, yacht sales slowed down. It’s hard to believe it’s been five years now since the recession was declared over. While superyacht sales haven’t jumped back, they’re doing far better than many other  luxury industries.

So what is a super yacht exactly? How is it different from a boat? We know it’s a large ship, but the definition of a superyacht changes with each periodical you read. In this particular series, we’re going to focus on yachts that are over 24 meters long.

The History of Superyachts

While most people consider superyachts to be a fairly recent innovation, the truth is they’ve been around for some time. While it’s tough to discern exactly when large ships were used for personal travel, we can chart the course of yachts as far back as the Mahroussa in 1865. Shockingly, still in service, this superyacht, now called the El Horria was built for Isma’il Pasha, the Khedive of Egypt at the time. Built by the Samuda Brothers, it remained in service with the Egyptian royal family until the early 1950s.

It has undergone some fairly large transformations, beginning with lengthening of forty feet in 1872 and another 16.5 feet in 1905 in Scotland where it was outfitted with steam turbines in lieu of its original paddle wheels. It wasn’t until after the abdication of King Farouk that the yacht was sent back to Egypt and ownership granted to the government where it was given the name El Horria. Today, the ship is in the hold of the Egyptian Navy and sees occasional use as a Presidential Yacht on average three times each year, for one day at a time. 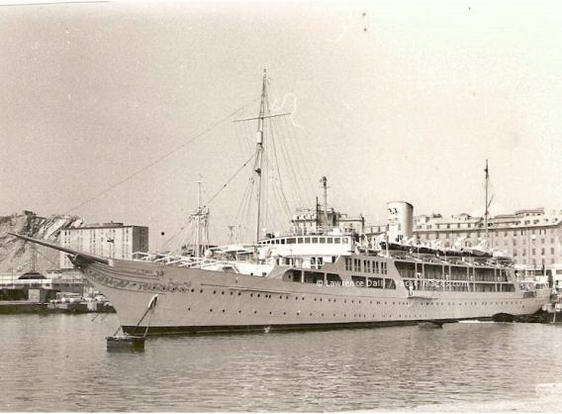 While this is certainly one of the first superyachts created for pleasure, it was nowhere near the last. Today there are hundreds of superyachts on the water with orders being fulfilled all the time. Yachts have certainly come a long way, but they still remain the same lavish home away from home for society’s elite.

Available for sale, charter and lease, superyachts are used for personal and professional travel and vacations by celebrities, politicians, royalty and business moguls. Celebrities such as Simon Cowell and Leonardo DiCaprio are well known for chartering superyachts for their friends and family, and today many of these yachts are outfitted with the very latest in toys and amenities. I’ve interviewed many yacht owners who pride themselves on the toys in their fleet. From waterslides coming off the top deck to discos and theme rooms, many of these yachts are size of commercial cruise ships and rely on a crew as big as or bigger than the number of guests on board. 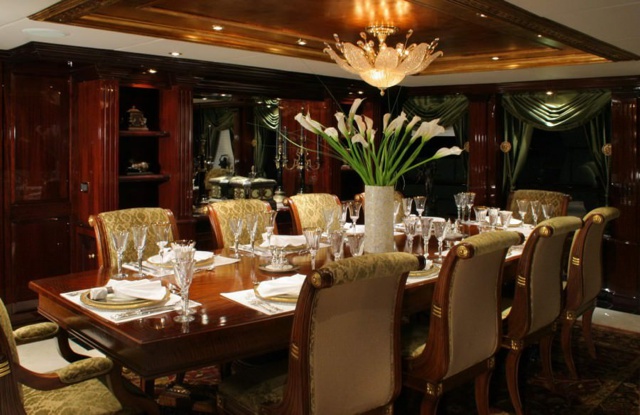 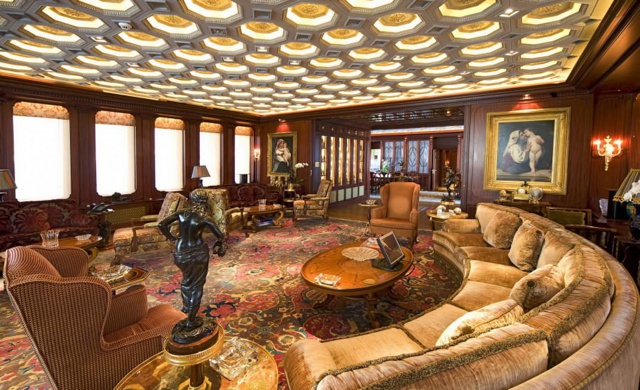 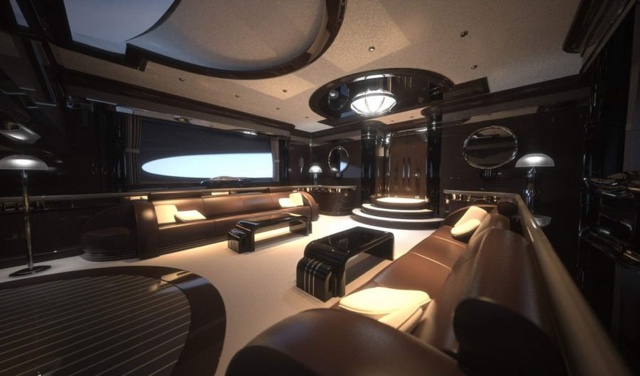 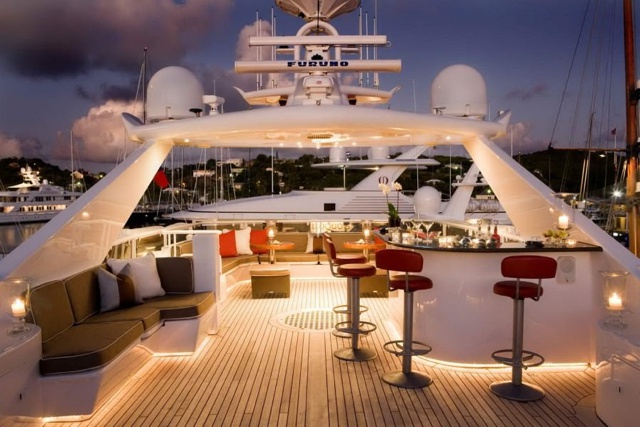 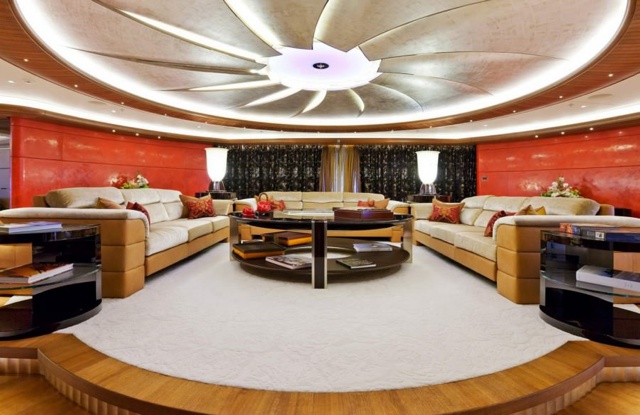 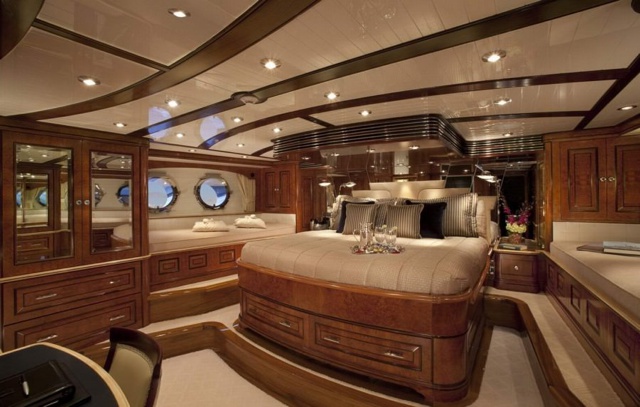 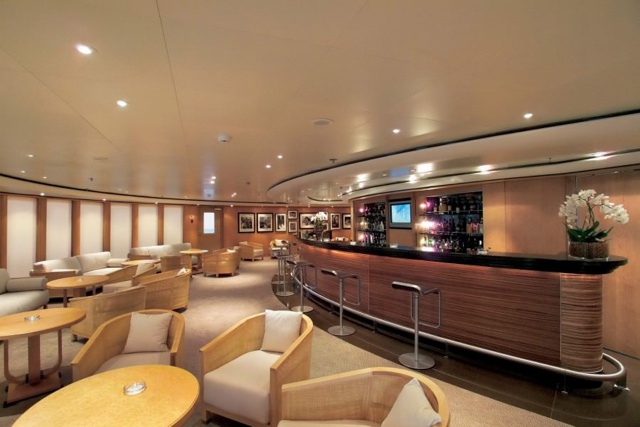 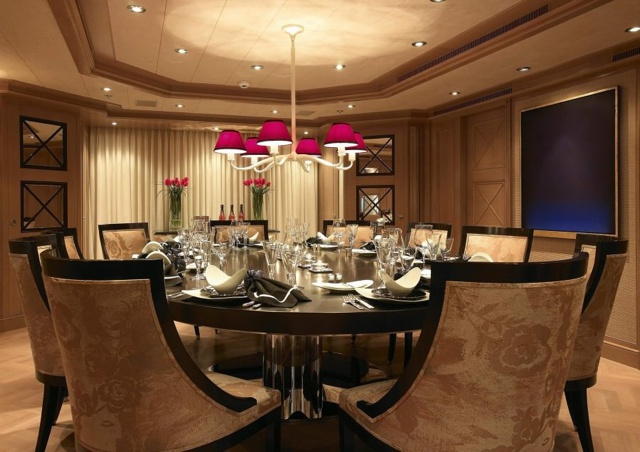 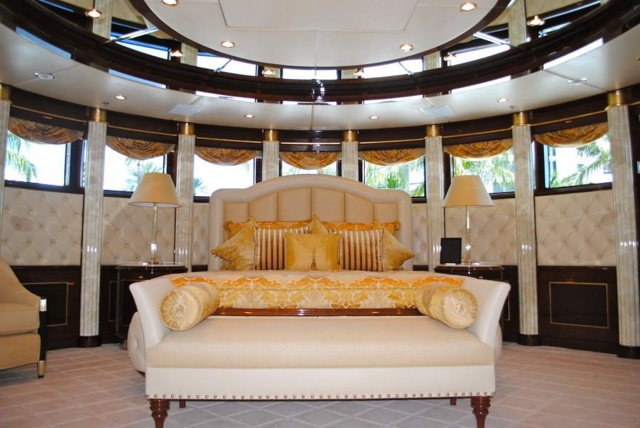 A Luxury Industry All Its Own

When I interviewed Hank Fried, last year, the hotel magnate made it clear why he owned three yachts with a fourth on the way. “The reason I own a boat is because I want the boat available when I want the boat available”, he said. Fried who owns the 125ft luxury yacht ‘Impulsive’ agreed that owning a superyacht is pretty much the greatest access ticket anyone can have. Millionaires have Centurion Cards, charter jets and fly in helicopters; but billionaires own superyachts. Sure you can buy a superyacht in some markets for just a few million, but it’s the upkeep that will rake your bank account clean.

“Owning a boat is a business unto itself”, Freid told me “It sometimes keeps me busier than my actual business which is making me money”.  For men like Freid, owning a superyacht is an all-access pass to the world’s most elite circles. Most of us only dream of it, but for superyacht owners, is ownership worth all we think it’s cracked up to be?

The short answer is no. The fact is that the cost of ownership is high. When I say high, I mean really high. Annual costs for crew, fuel, food, drinks, docking, taxes, surcharges and other expenses can easily cost a quarter of the initial cost of purchase and in some cases, even exceed it. Most billionaires are billionaires for a reason; according to Forbes they’re addicted to working. The fact is that while these men and women can afford to take time off, they usually don’t, and therefore only use their superyachts for a short time every year. In fact, during recent interviews I was told that often, even new yachts can spend more time in maintenance yards than on the water. There’s no such thing as a $10 oil change. The more the yacht costs to buy, the more it costs to maintain and own. This is one reason that most superyacht owners encourage prospective owners to charter; not because they want to limit the social circle of actual owners, but because it’s drained the bank accounts of so many men before them. Unless you own a yacht, it’s really difficult to begin to comprehend the actual costs of ownership.

Whenever I talk to owners or brokers the answer is usually similar when I ask why buy over charter. Simply put, it’s a matter of time. For the average billionaire time is more valuable than anything and for the limited period they have to use the yacht, they want to make sure there’s no surprises. For them this means not having to worry that the yacht isn’t as nice as the pictures, as is sometimes the case with chartering. It also means having a crew that knows you. Whenever I’ve spoken with captains they always stress that the crew is as important as the ship. A good crew is indispensable and will know what the owner wants before the owner has to ask for it.

The third reason yacht owners buy over charter is because they have control over the ship. It’s there’s. If they damage it, they don’t have to worry about someone suing them. They can take it out whenever they want, provided of course it’s not in the yard, and they can modify or renovate it any way and any time they please.

The final, and sometimes most important reason is the ownership factor. The prestige of owning a yacht. The average executive can take you golfing, but only a few can woo clients on board their private superyacht. It ends up helping them do business and provides them with a global office that can maneuver the seas as they please. There is no bigger ticket in the world, save maybe owning a private Airbus 380, but overall, the yachts are bigger, more luxurious and far more expensive.

In 2008 the industry came to a halt. Since then, the market has picked up significantly and began following the luxury housing market as it once used to. During the recession yacht sales didn’t stop because billionaires were hurting for money. In fact, the world’s wealth grew for the extremely rich, but what prompted them to stop buying was their shareholders. It became a business decision when their workers were being laid off and foreclosing on small homes. How do you justify buying a superyacht when most of the shareholders and public is hurting? You can’t.

For yacht brokers the recession was crippling, but now it’s back and actually taking them by storm. Not only has it stabilized but it’s increased in momentum for the first time in many years.
The annual Fort Lauderdale Boat Show and the many other yacht shows are some of the strongest indicators for brokers and investors in the market. Right now there are 81 superyachts ordered, with more than 290 superyachts sold this year so far.