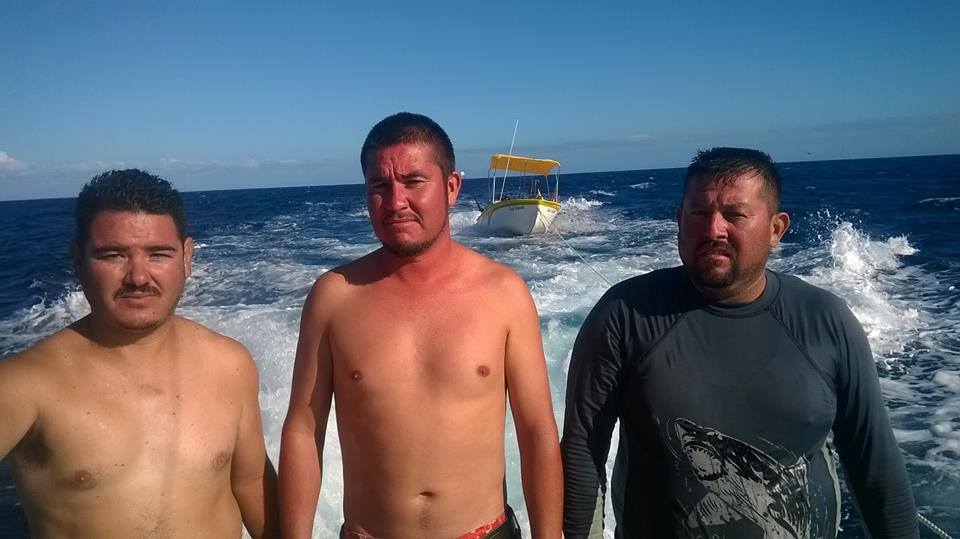 These three men are extremely fortunate, they were out in their privately owned panga off of Lands End, about two miles offshore, when their boat broke down.  They were local guys and did not have a radio on board or GPS.  One of the guys did have a cell phone and managed to call a friend who was a fisherman, to say they were in trouble and were about two miles off of Cabo, but could not give him an exact location.  The fisherman friend put a message out on the radio saying there was a panga broken down and drifting to keep an eye out.  At the same time ten boats begin a search and rescue mission.  Pisces La Brisa was done with their fishing day and started to head in with a group from Argentina on board.  Fernando Noyola is one of our youngest deckhands, so has sharper eyes than anybody, he thought he spotted something on the horizon.  Nobody else could see anything but he insisted there was something there and asked the clients if they would mind checking it out.  They detoured and headed out to the spot Fernando indicted and sure enough it was the disabled panga.  They had drifted fourteen miles out in just a few hours! As you can imagine they were extremely relieved.  When asked why they went to check it out, instead of heading home for a Sunday afternoon rest, Fernando replied “It was those guys today, you never know when it might be you.”