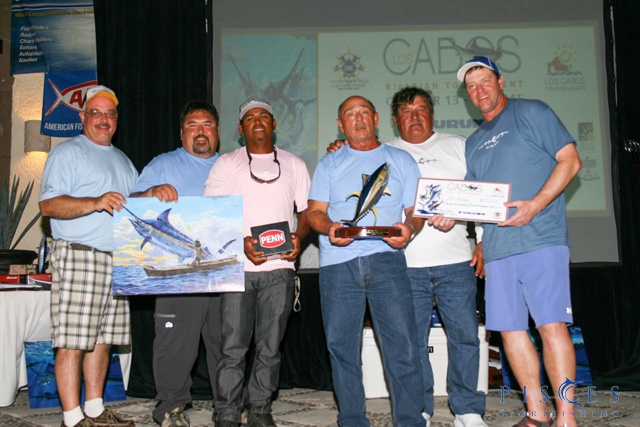 The Los Cabos Billfish Tournament 2015 took place in Los Cabos between October 11-15, with thirty seven teams signed up for this well run event.  Day one saw Reel Energy come to the scale with a 419 lb. black marlin and plenty of smaller billfish released. Day two the well-known El Suertudo team made it back with a 312 lb. blue marlin – the third day did not produce any fish over 300 LBS, so these two fish will take the lion’s share of the purse at the awards dinner scheduled for this Saturday night.  A total of 138 billfish were caught in this three day tournament, all released except for the two qualifying fish.  El Suertudo was across the board and should receive a large payout.  Reel Gold will take the release prize with 1300 points.  Largest tuna was by our very own La Brisa for a beautiful 180 lb. tuna that took the anglers five hours to land, team captain Frank Bono was tired but happy. 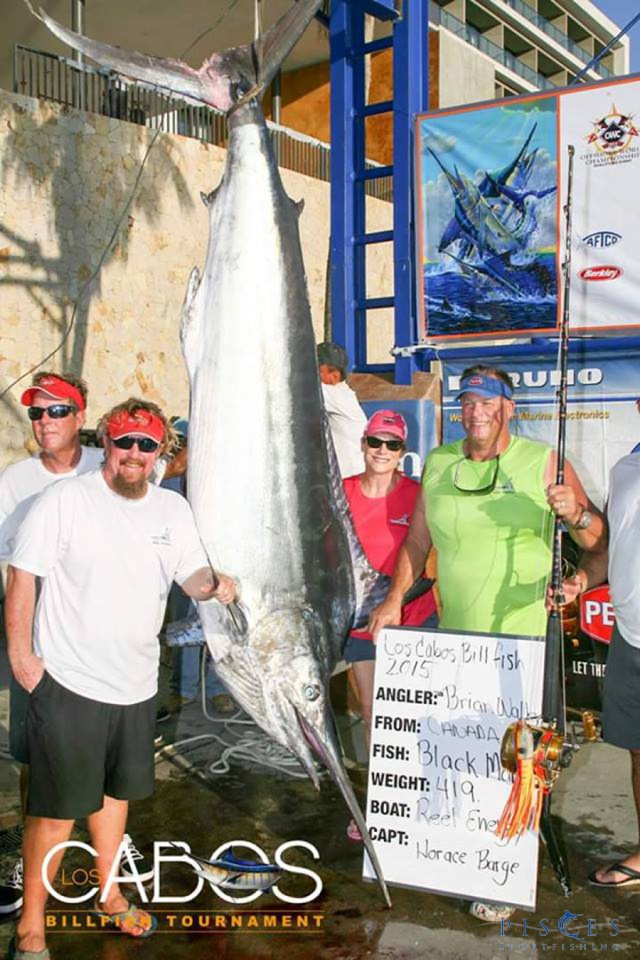 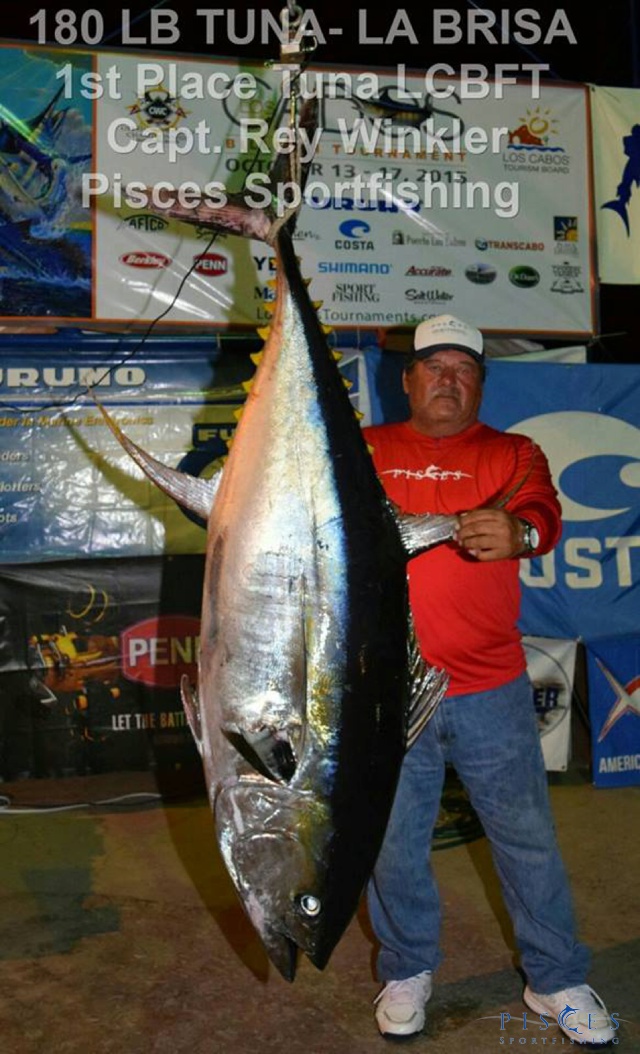