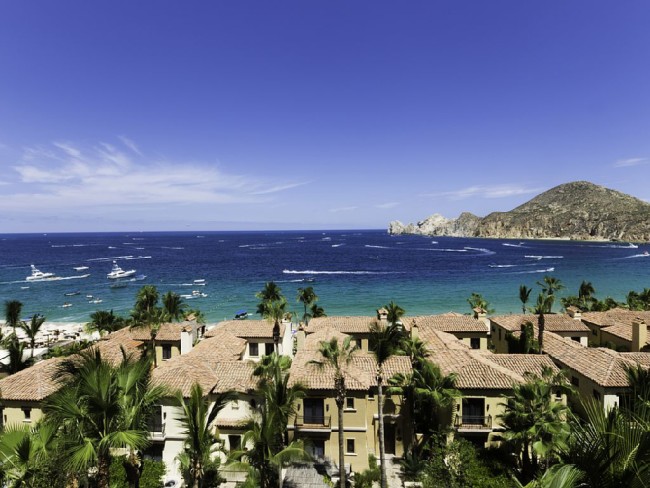 Recovery efforts in Los Cabos continue unabated, with 7,100 of 14,000 rooms now open, said Eduardo Segura, managing director of the Los Cabos Tourism Board. “By the end of December, we are expecting 10,000 rooms to be open and available for our guests – just in time for high season.”

All things considered, Segura couldn’t be more pleased with the speed in which recovery efforts are being carried out. “Since the major tourism infrastructure, including roads, was not damaged during Hurricane Odile, help and aid was able to arrive very quickly following the storm.”

Because of the quick response, the destination – just one month after the storm – was able to host the annual Los Cabos Billfish Tournament and the Bisbee’s Black & Blue Tournament.

In fact, Segura noted that virtually all scheduled events, including the Los Cabos International Film Festival, the VIP Summit for key Los Cabos travel partners and the Sabor a Cabo Food & Wine Festival, were able to take place as scheduled. The only exception, said Segura, was the Cabo Comedy Festival, which was postponed until February.

Furthermore, nearly all of the restaurants and attractions are up and running, Segura said.

Air service, meanwhile, is returning at a steady clip, with the Los Cabos International Airport accepting 35 domestic and international flights daily. Segura said the airport itself is expected to be 100 percent operational by year’s end.

For the most part, the the destination’s golf courses sustained minor damage. “Currently, nine of our existing 12 golf courses are open,” he said. The remaining three are slated to reopen within the next month, with the exception of Palmilla Golf Course, which is scheduled to open in March.

“The big news is that in December we’ll be welcoming two high-profile newcomers to the Los Cabos golf scene – Quivira Golf Club, designed by Jack Nicklaus and El Cardonal, located at Diamante, which will be Tiger Woods’ first completed 18-hole course,” said Segura, adding that the courses are slated to open on Dec. 4 and 16 respectively.

Going forward, Segura noted that hotel development is continuing on. “We have several hotels planning to open within the next two-and-a-half years, bringing an additional 1,900 rooms to the destination,” he said, including the Ritz-Carlton Reserve, JW Marriott, Thompson Cabo San Lucas and Park Hyatt. “Hard Rock and Le Blanc have also announced plans to build in Cabo within the next few years,” Segura said.

In the final analysis, there is currently little evidence that Hurricane Odile ever made landfall at the destination. “We’ve been hearing from many travelers and agents who have been here post-Odile that you can’t even tell a storm passed through,” Segura said. “The destination is as beautiful as ever.

Los Cabos is back and better than ever – it’s unstoppable.”