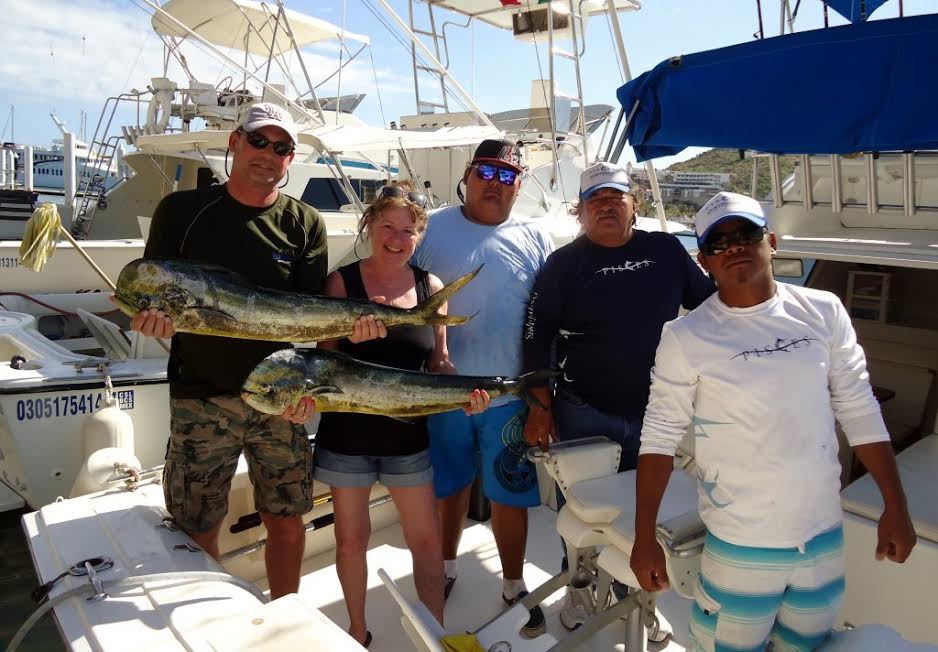 Not only is Cabo still standing we are continuing to make people’s dreams come true.

Pictured above are Henrik and Jane, who had their trip planned for a long time and they were coming a long way, all the way from Denmark in fact.  So they didn’t want a hurricane to get in the way of a goal that Henrik had been chasing for over 25 years and that  had taken him to such places as Guatemala, Galapagos, New Zealand, Australia and Thailand without success.

Despite a difficult journey to get here,  on Henrik and Jane’s second day of fishing with Pisces, they finally reached the goal that Henrik and dreamed of since he was a boy, to catch a blue marlin. Not only did he catch a blue marlin, but a sailfish too, along with some nice dorado. He was typically Danish stoic as we chatted to him early this morning, but was very happy as he told us that he had read Hemmingway’s Old Man and the Sea several times and hoped he would get another one today.