This beautiful fish was caught last week out of Pisces Collection Lodge in the Sea of Cortez. The fish was not weighed on an official IGFA scale but on a local ranchers butcher scale where it registered 430 LBS – just look at the girth on this thing! The fish took a chunk bait and took two hours to land by Cabo angler Robert Ross who fought it on 60 LB Spectra with 100 LB leader. An impressive fish taken stand up from a Boston Whaler. The current all tackle world record is 427 LBS caught by Guy Yocom, also in Mexico. 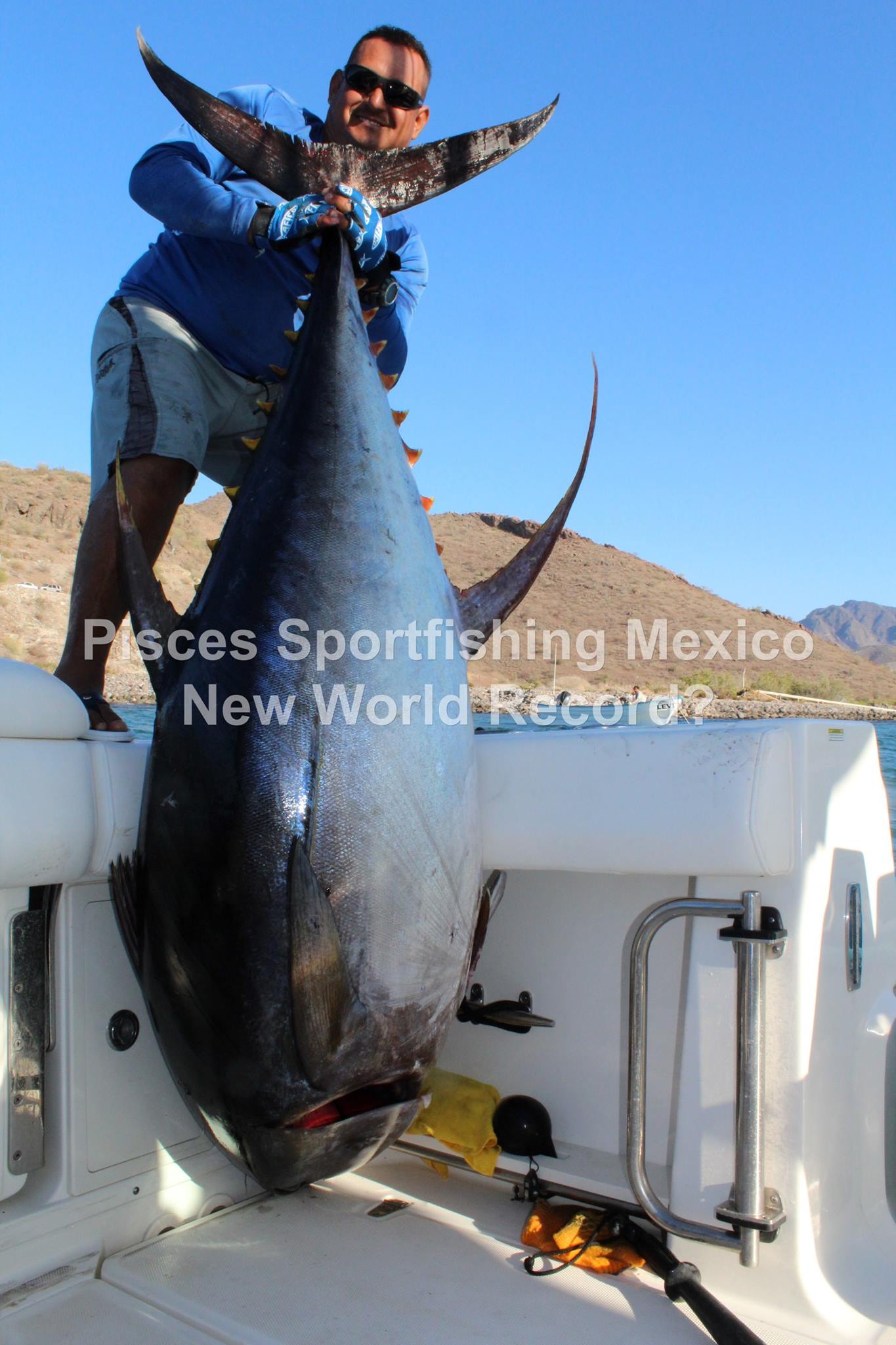 The look of a 430 LB tuna on the end of your line – photo below shows Robert Ross in an epic battle with a record tuna. The fish was caught 24 miles from Loreto in the Sea of Cortez. Robert is a consummate angler very skilled, who fishes nearly every day, he knew the fish was big, but contacted us after they had filleted it. 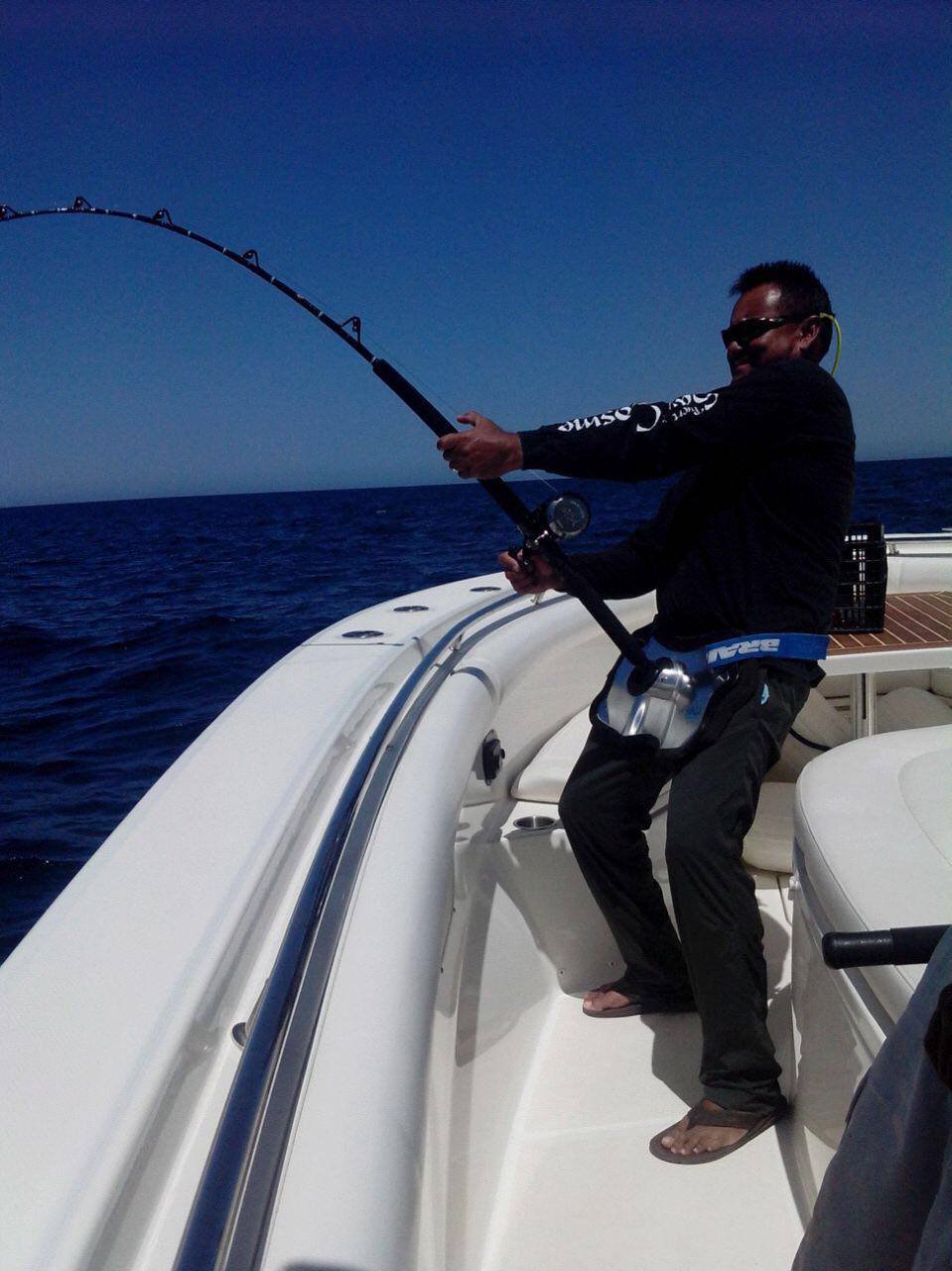 What are you supposed to do with a 430 LB tuna miles from anywhere? Certain requirements are needed to register a world record such as: it has to be weighed on a certified scale by an IGFA representative, neither of these were available at the time of the catch. By the time they could have found a certified scale and rep it would have been at least 12 to 18 hours later ( if even possible) in which time the fish would have rotted and also lost weight & there was nowhere to keep it on ice.

He weighed it with a rancher’s scale just for his own personal satisfaction to know how much it weighed, when he told us the weight , we informed him that it would have been an All Tackle World Record – the largest yellowfin tuna ever caught on rod and reel.