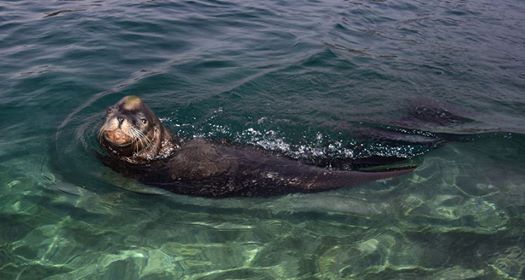 You were asking us about Pancho, our local sea-lion and consummate beggar.  He disappeared after the storm but showed up a few days ago and we were glad to know he was safe and sound! 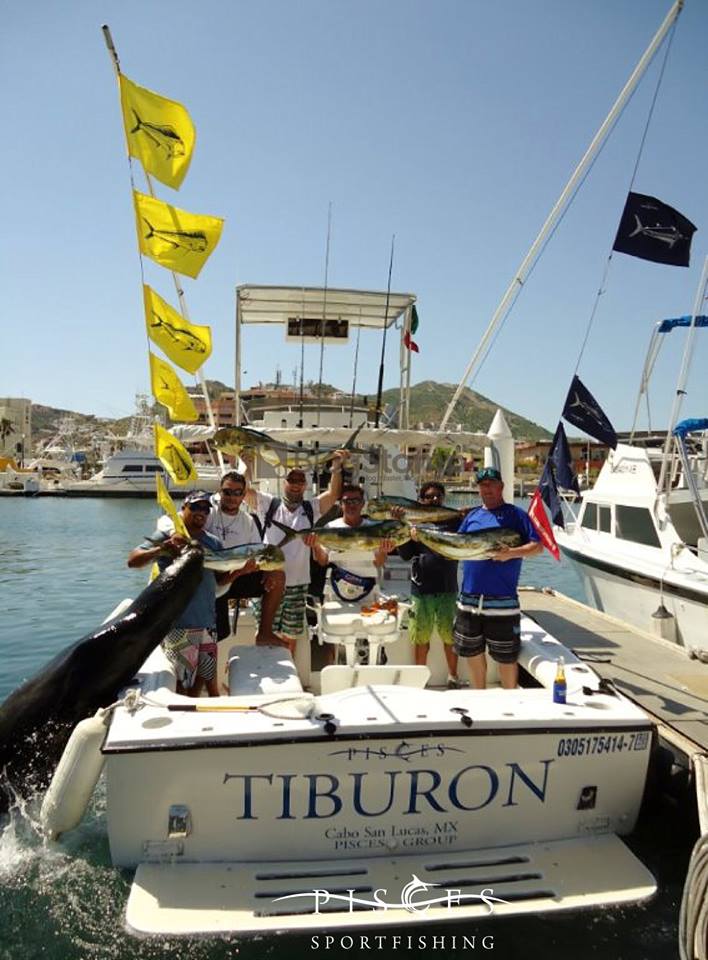 But it wasn’t long before he was up to his old tricks: look what he did yesterday!  Pictured above are Christopher, Kevin and Ritch from Florida, who had a fantastic day aboard Tiburon, Pisces newest 31 ft. Bertram.  They caught &released 4 striped marlins (80-100 lbs), and caught and released several mahi mahis (dorados), and were already planning a fantastic dinner, but Pancho sneaked up on them and stole one fish!  He does look a little bit slimmer now, don’t you think? Probably because he had to catch his own meals for a few weeks!