Pisces Sportfishing celebrated their 40th Anniversary with a unique, internal one-day tournament among the Pisces Captains and crews. 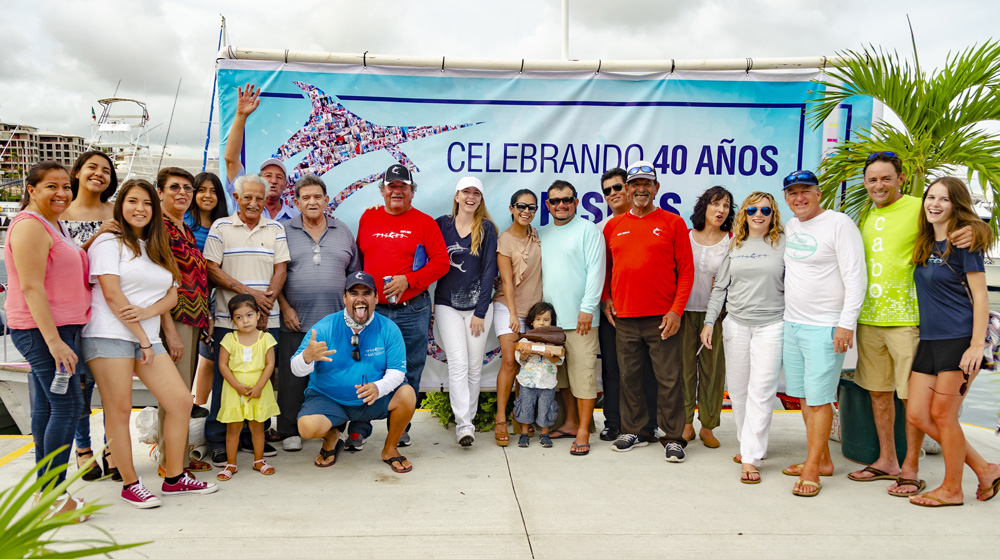 Each of the crew members were encouraged to invite their families, friends or even their owners as guests to participate in this event which took place on on September 9, 2018. It was sponsored by the boats’ owners and Pisces, the largest sportfishing operation in Cabo San Lucas.

The tournament honoured the captains, mates, office staff, reservation agents, dockmasters, and the many others who contributed to the success of Pisces over the past 40 years.

The one-day affair featured a “flare-gun start,” a full day of competitive fishing and a weigh-in that concluded with a huge dock party at Marina Del Rey Dock open to the public where the first Pisces trips began.

Ranging in size from 28-feet to 72-feet, 23 of the 25 boats in the Pisces fleet participated in the first-ever Crew Tournament (probably the first of its kind, worldwide).

Rain from a rogue outer-band of a storm far to the south passed by drenching everyone as they lined up at the start, but it didn’t dampen their enthusiasm as the brilliant red flare shot by the Pisces’ owners, Marco and Tracy Ehrenberg, from the bow of the “Contessa” lit up the sky above Baja’s Lands’ End. 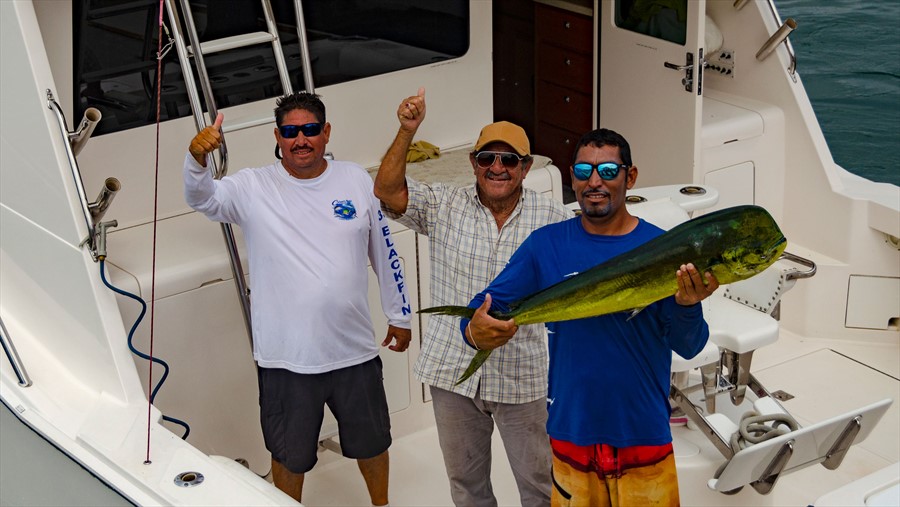 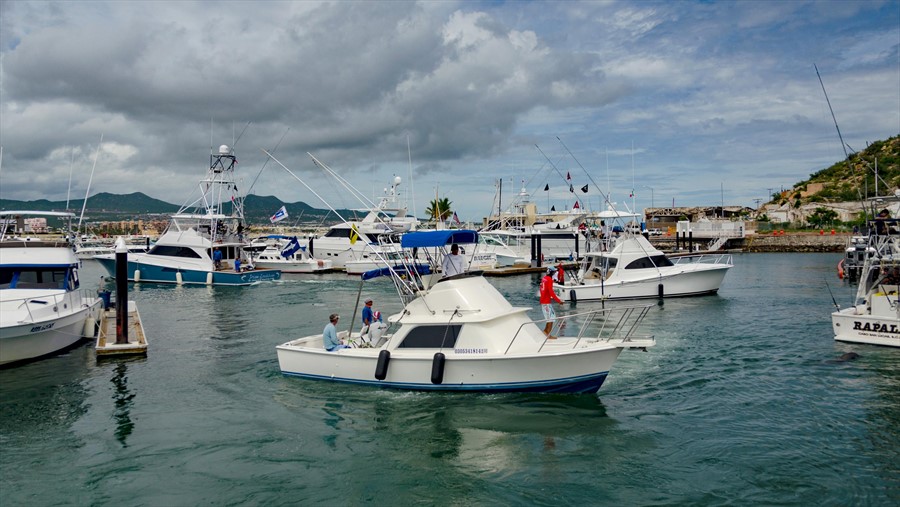 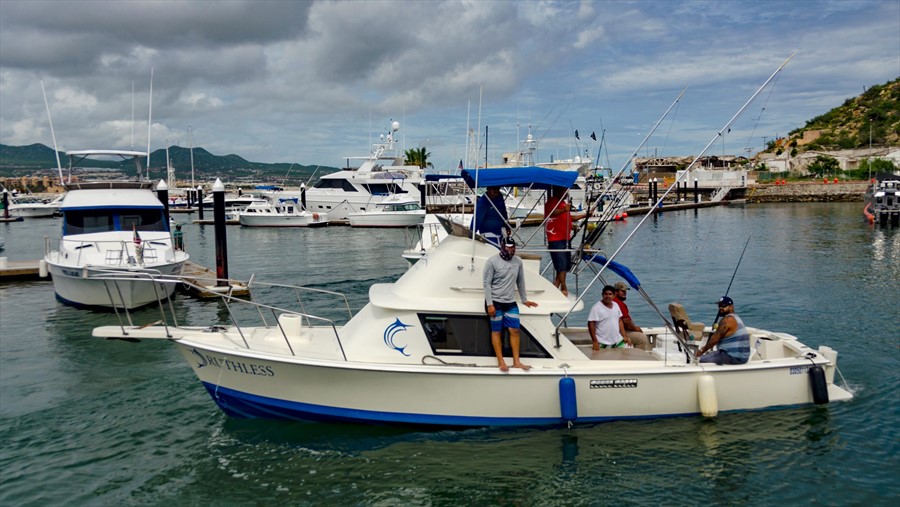 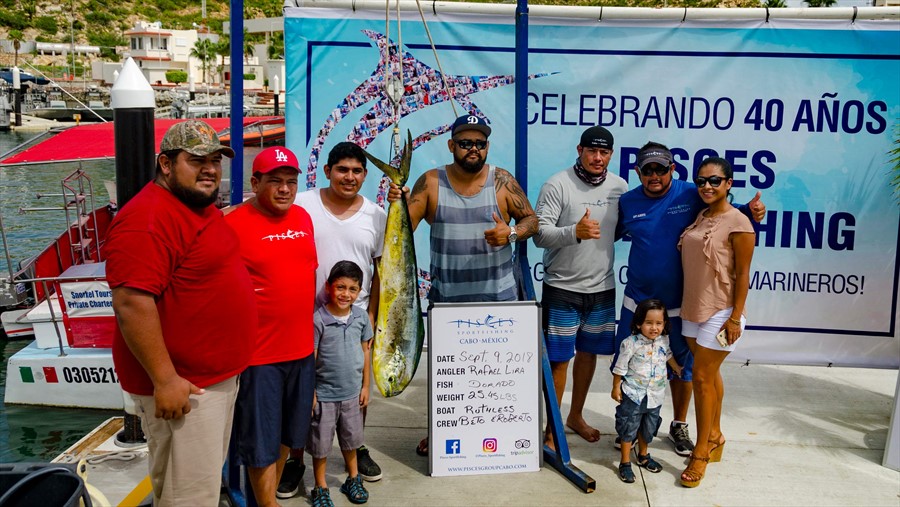 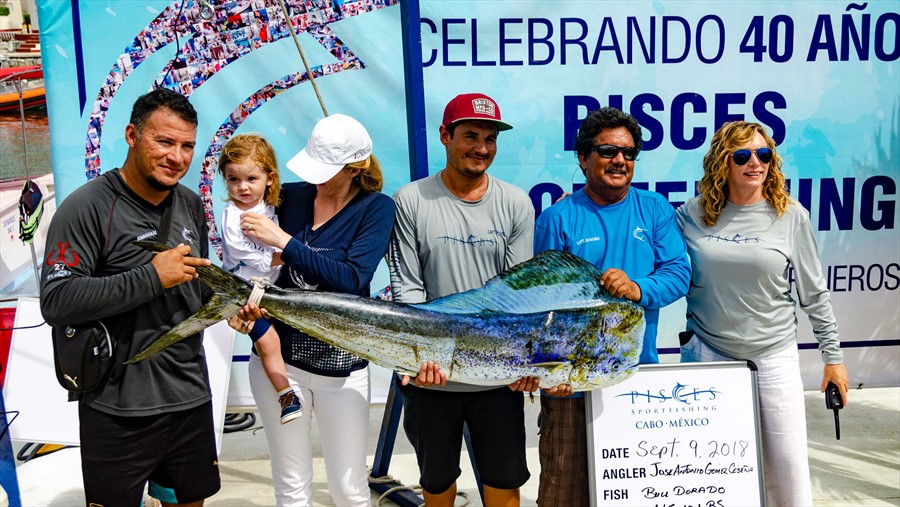 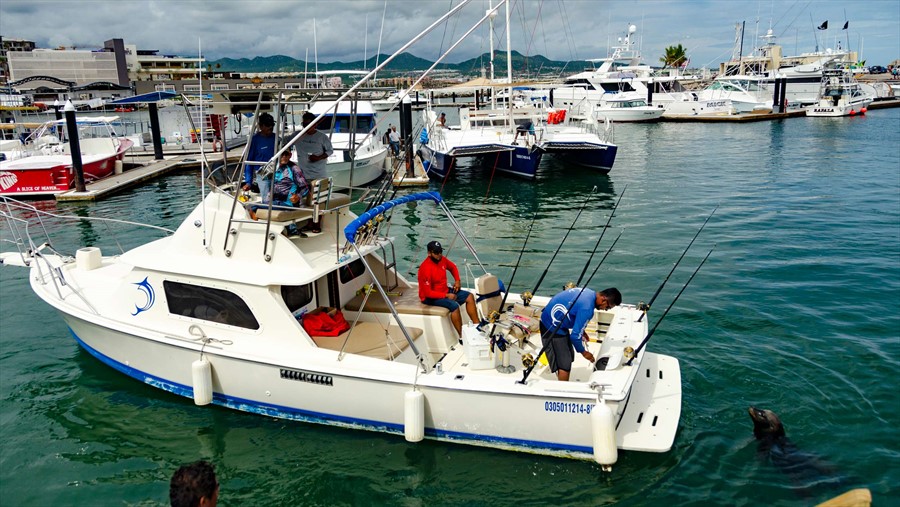 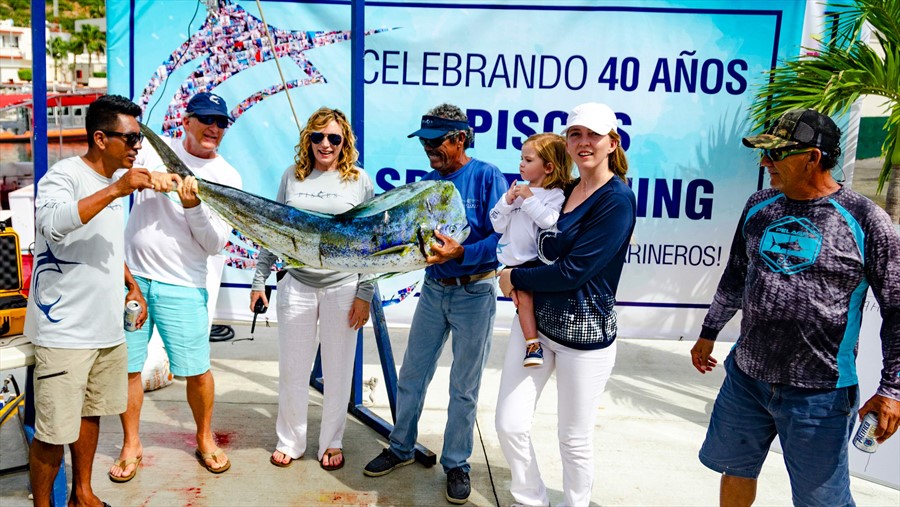 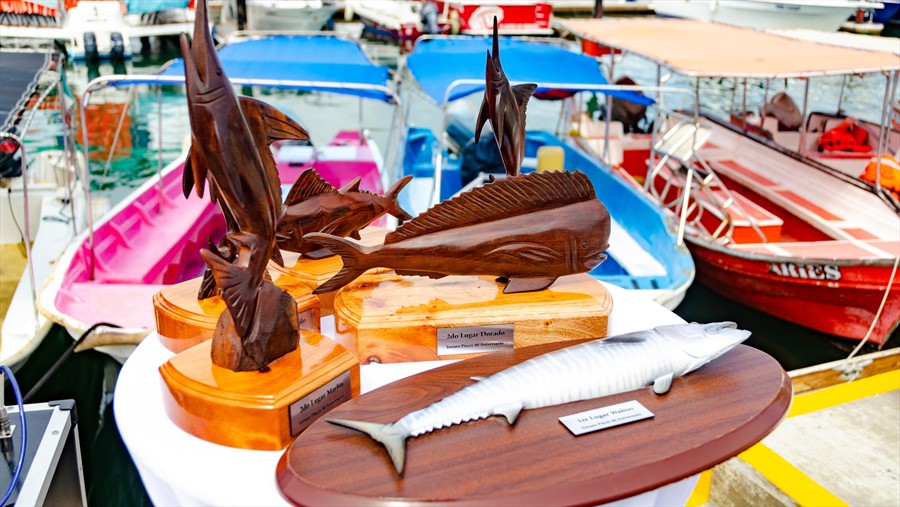 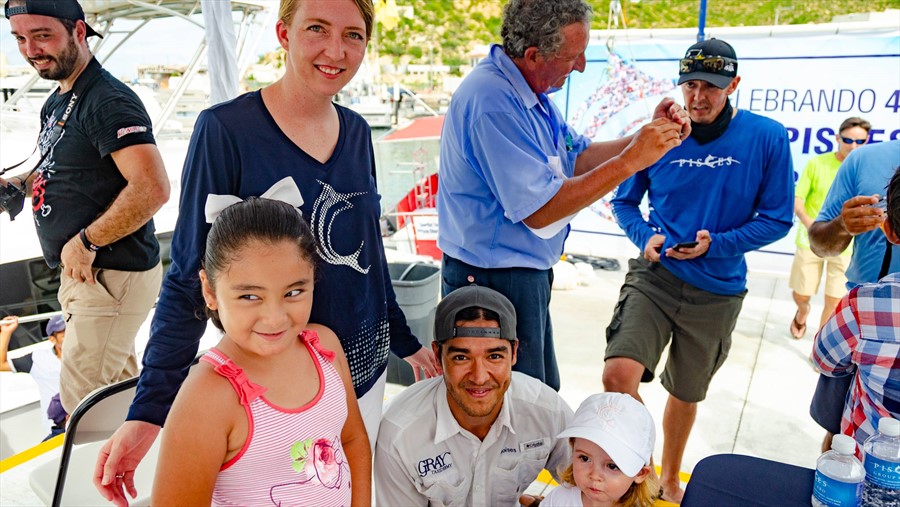 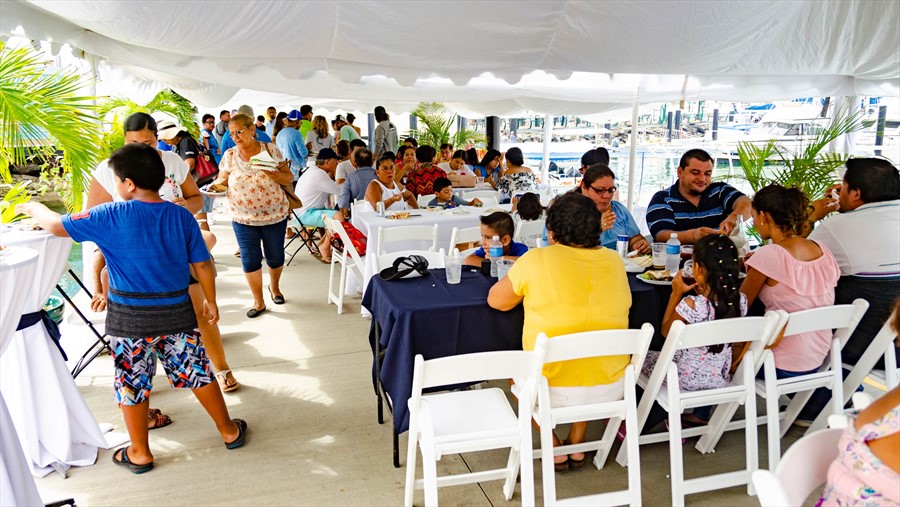 Captains aware of the recent slow bite each had their own idea of where to go; some headed into the Pacific
Ocean while others pointed their bow up into the Sea of Cortez.

Yahoo’s Captain, Ricardo Escamilla, invited Alberto Nava from Savannah, Georgia, and Edgar Pedroza, of Colima, Mexico, who were visiting Cabo San Lucas for the first time, to be his guests. Headed to the far-flung Finger Bank, they caught their first-ever billfish.

“It was great to have my ‘primo’ and my friend of many years come all the way to fish with me here in this tournament,” Ricardo confided.

Captain Rosendo Gomez, 25-year Pisces veteran invited his children to join him for the tournament. This was the first time in his career that his family had the opportunity to fish with their father. As luck would have it, they landed the largest dorado of the tournament!

“Regardless of the size of the crowd, this reminds me of a family reunion.”

At the end of the day, music played, fresh fish was served, and the crowd swelled to over 200. The parade of Pisces Fleet boats with flags flapping in front of the Weigh-Station was impressive, as was the many Pisces employees, family and friends that filled the Marina Del Rey Dock.

With hugs, laughter and even tears, many greeted one another, as they recalled how their life’s paths had been influenced by sportfishing, as well as by Pisces and the Ehrenberg family.

As awards were given out, more than a few memories and anecdotes were shared. “The Pisces Fleet and its crews have always been part of my life,” Rebecca Ehrenberg, daughter of Marco and Tracy, confided. Adding, “Regardless of the size of the crowd, this reminds me of a family reunion.” 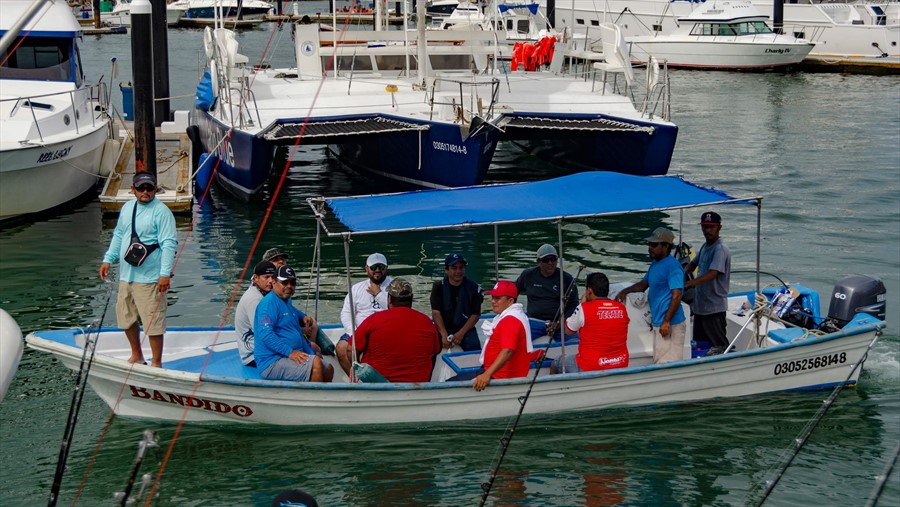 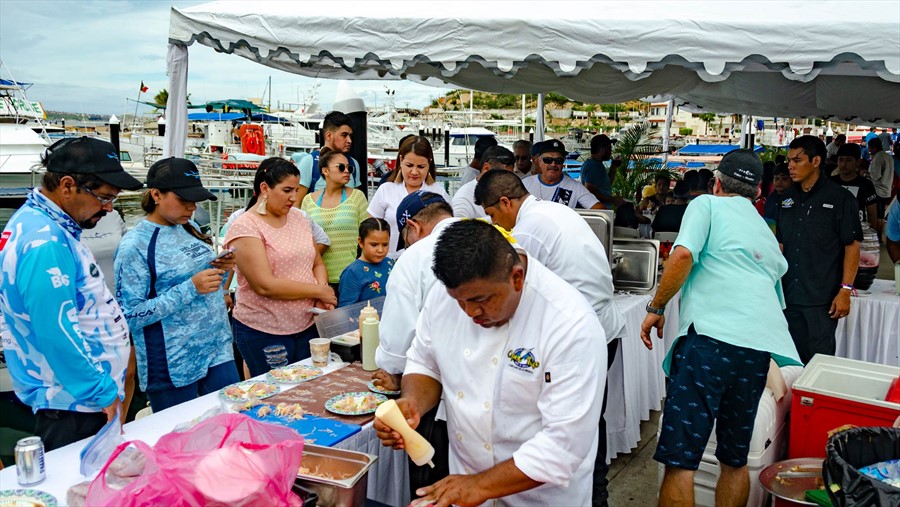 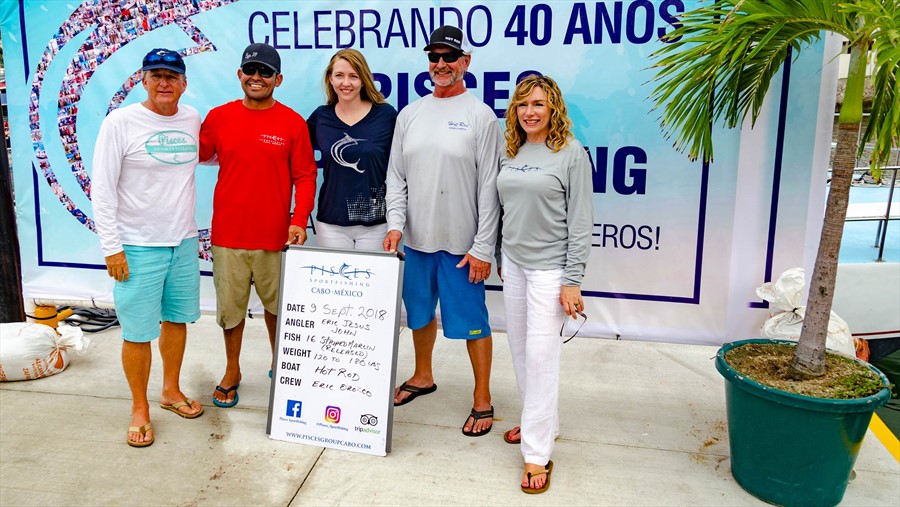 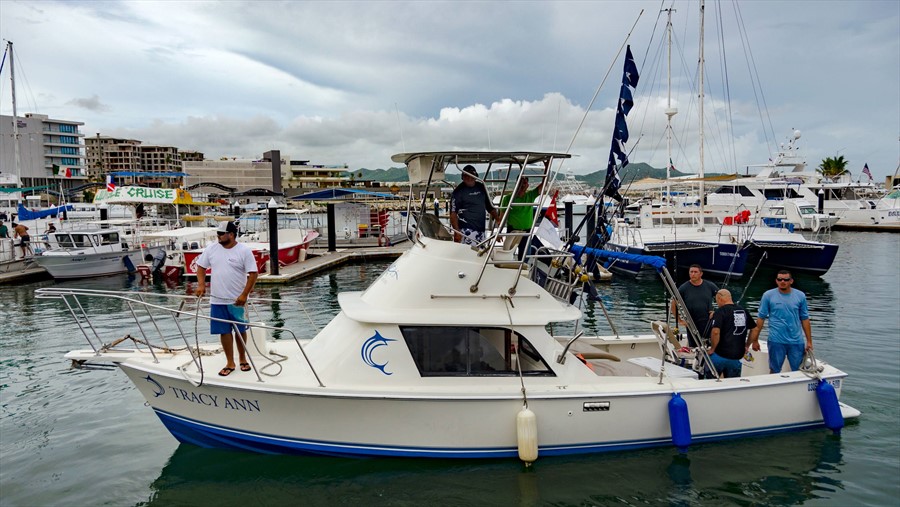 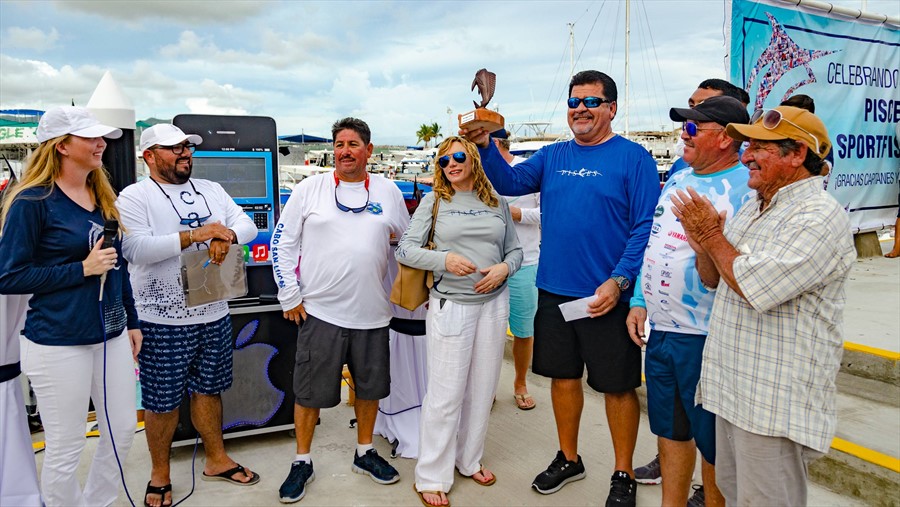 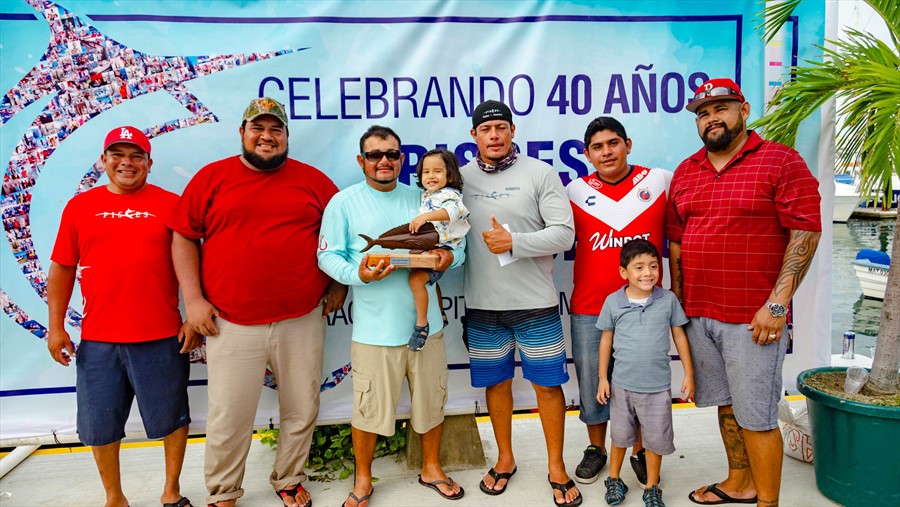 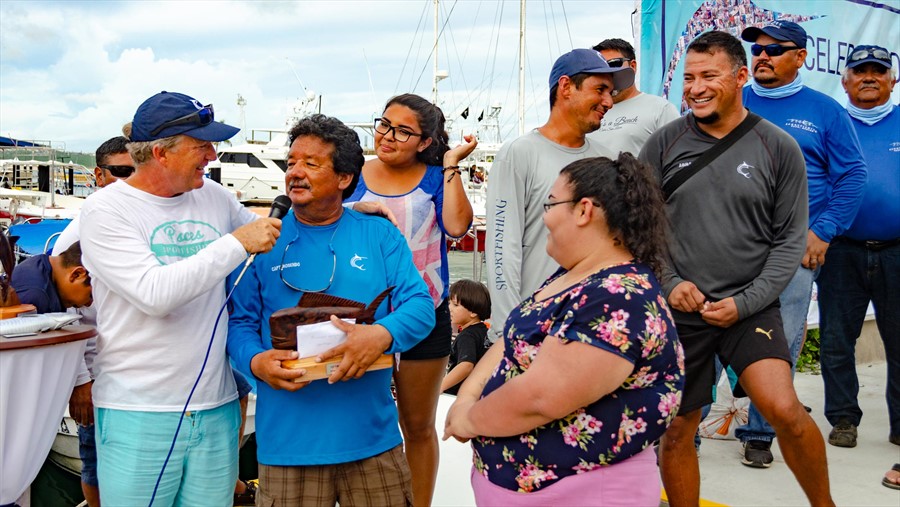 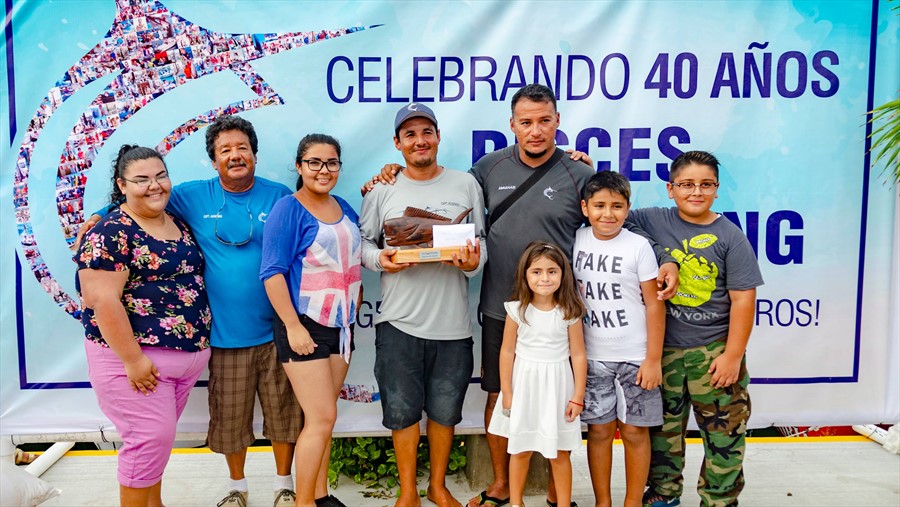 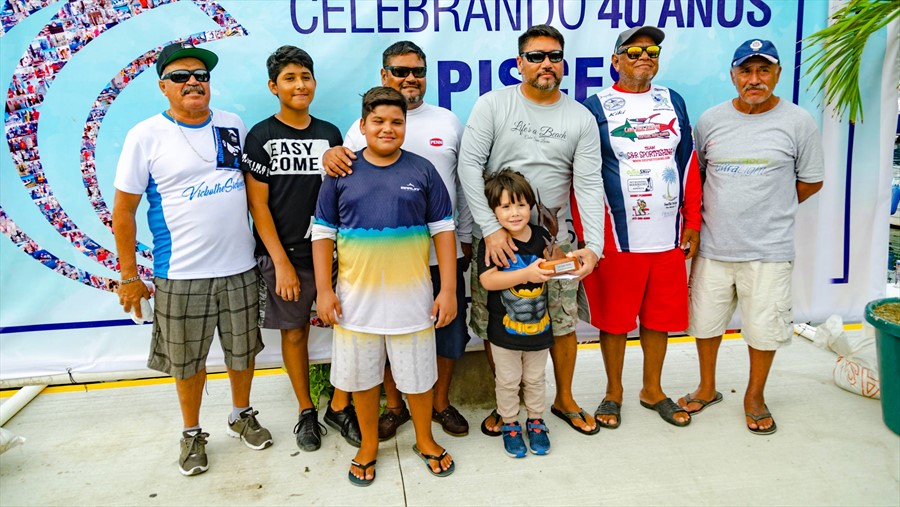 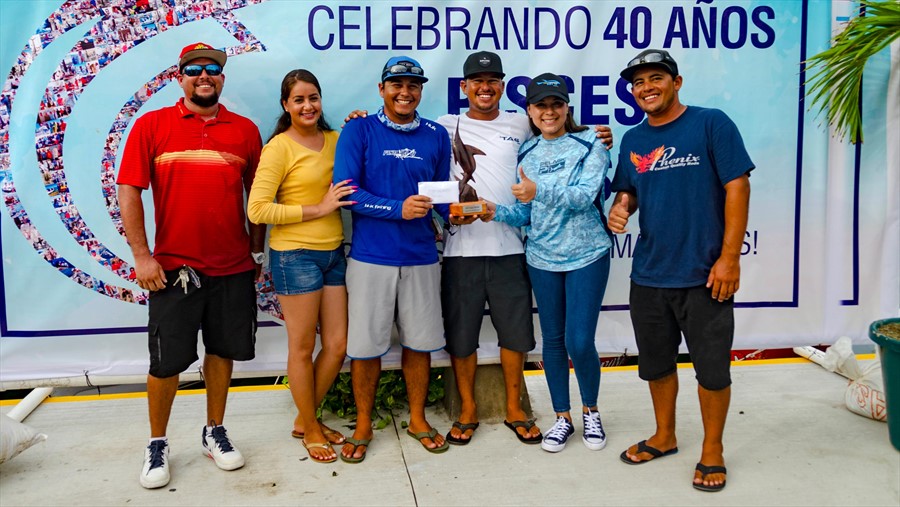 Hard Luck Award #1: 31′ Bertram Tracy Ann which released 17 striped marlin which would have been the winner but was late returning.

Hard Luck Award #2: 42′ Bertram Yahoo which made it back about 10 minutes after Hot Rod with 6 striped marlin released.