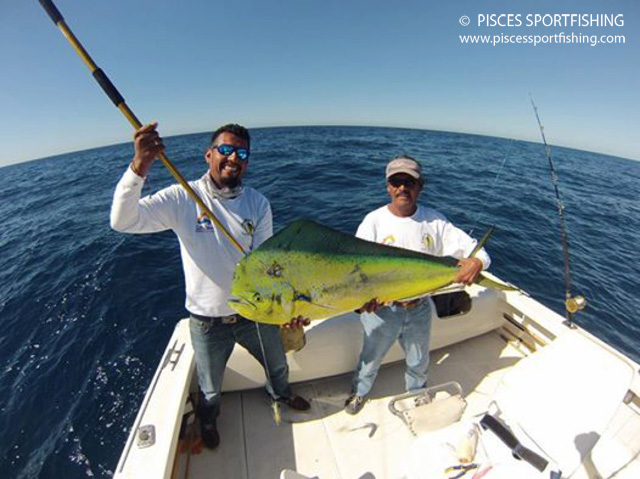 Past weekend saw 76 local boats compete in the La Playita Dorado Tournament.  Team ” Pisces” (aboard the Rebecca) consisted of J.R Alucano, Luis Cota, Bruce Montano and Rebecca Ehrenberg – beat out everybody with the winning fish reeled in by Captain J.R.

It was a close call as earlier in the day, Rebecca had an even bigger fish on the line that was stolen at the boat by a sneaky sea lion, despite the crew frantically tossing bait fish into the water to distract the greedy beast, he obviously had a penchant for dorado and showed no interest in the measly bait.

After the heist, the team was silent, too disappointed to say a word – they knew it was the winning fish. They went on to find other fish, six more in fact, but none could measure up to the one they had lost.

The clock ticked on and they started to sweat – they had headed to the Pacific but the weigh in was in San Jose, about 20 miles away, lines had to be out at 3.00 pm and all fish had to be weighed by 4.00 pm. They began troll back, when Luis’ sharp eyes saw a dorado honing in on one of his new lures.

God was smiling on them and they registered a solid hook up on what ended up being the winning fish -29.4 lbs earning them a nice cash prize and the brand new 23 ft panga pictured below. 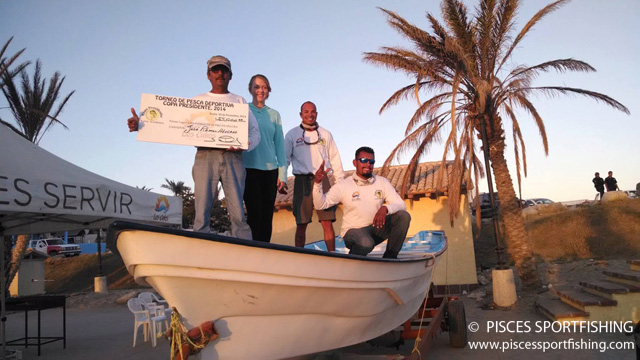 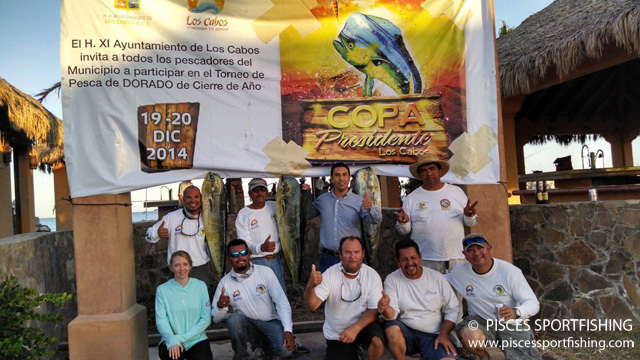