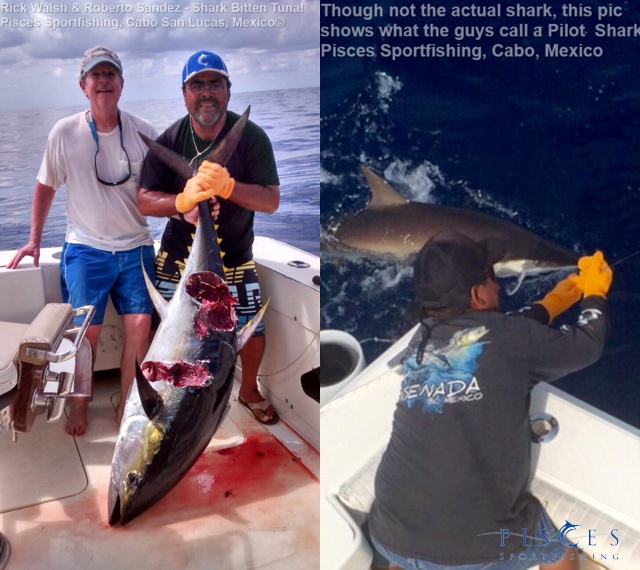 Long time Pisces angler Rick Walsh from Cleveland was out aboard Pisces Valerie about 30 miles out from Land’s End trolling a small blue and white Hoochi (squid lure) when it was slammed by a large tuna.  Rick went to work reeling hard, knowing he was in for a long fight it the fish managed to get its head turned away, even though it was down deep.  After about 20 minutes of muscle tiring work, the crew and angler knew something had changed, the line went slack.  Then they spotted coming up from the depths four of five pilot sharks that were attacking the fish as they reeled it towards the boat, now as a dead weight – the guys wanted this fish and they did not plan on sharing their hard work with freeloaders.  Captain Roberto quickly put the boat into reverse to scare the sharks off and they successfully got it on board, albeit missing a few pounds.