The Blues are here! The weather is hot, but the fishing is getting hotter. We’ve always tell people that of you want to catch a Blue Marlin, the best time to visit is between July and mid-November, and it looks as is if our advice is just right. As if right on cue, we landed two Blue Marlin Monday, not huge, generally their size increases later into the summer. This eventually culminates in the biggest fishing tournaments in Cabo towards the end of October. 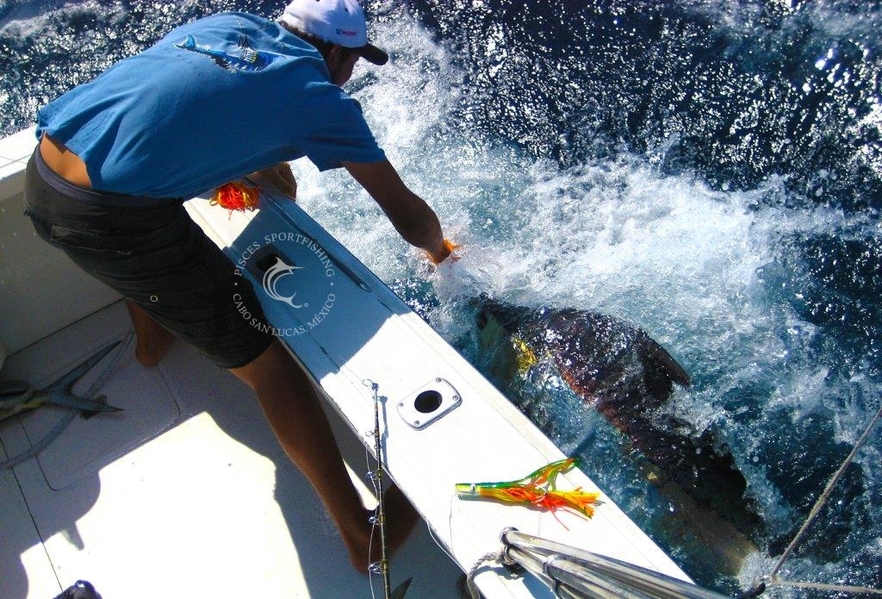 Blue Marlin being released from the Tracy Ann last season.

It’s good to remember these fish can get to be over 1000lb, making them quite a challenge to reel in. If you were keen to catch a blue marlin, we would advise you to book two or three days of fishing. Blue Marlins are not quite as abundant, as their more commonly caught cousin the Striped Marlin. Of course, as with any fishing trip, there are no guarantees. However, the more time spent on the water, the higher your odds are of catching that elusive Blue. Please contact us if you’re interested in our special pricing for three-day trips, direct bookings only.