TOURNAMENT ROUND UP BEFORE THE BIG EVENT. 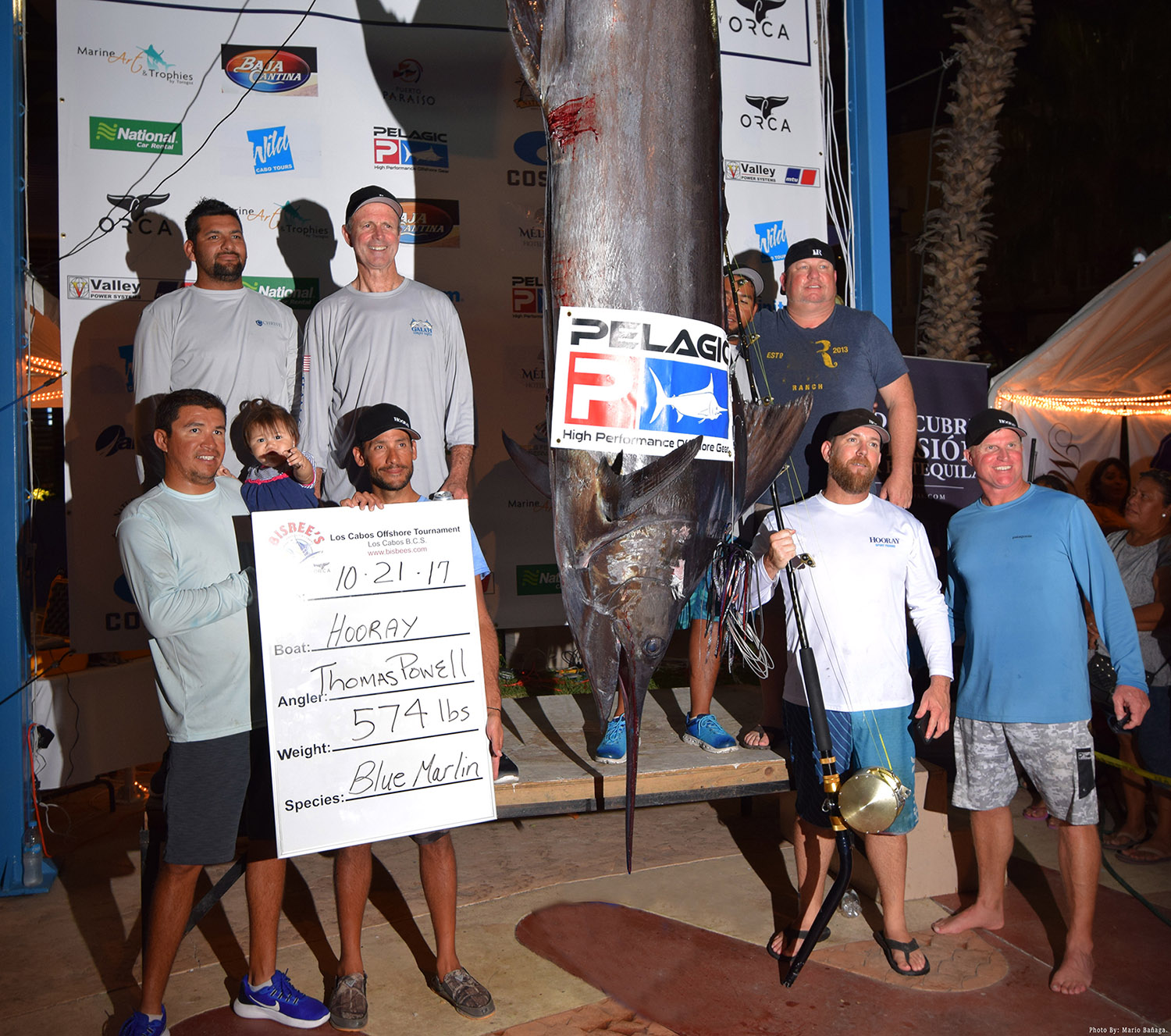 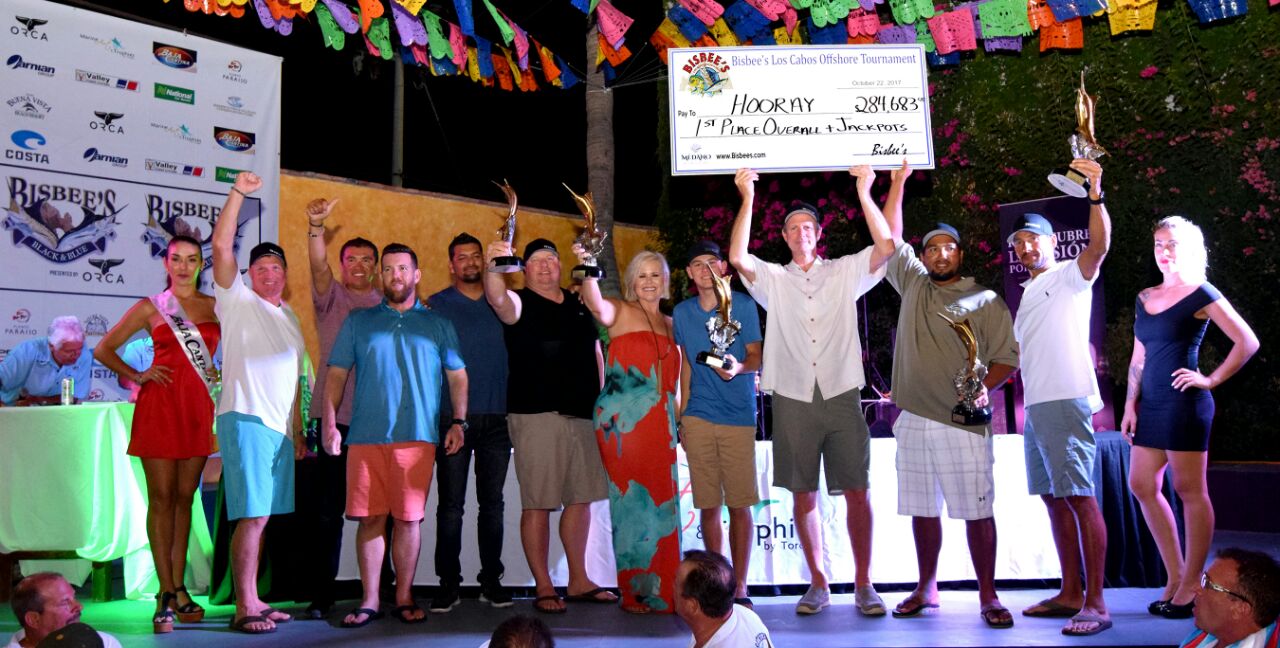 Cabo is in full tournament swing, as you can plainly tell by the glistening array of top boats in the marina. Despite what is going on in the world and all the issues, it doesn’t seem to have affected the hunger for tournament fishing as one by one beautiful sport fishers pull into the docks and tie up.

A little over a week ago the first tournament took place the Los Cabos Billfish Tournament which is sponsored by the Hotel Association and run very well by Dan Jacobs.  The three fishing days were Monday, Tuesday and Wednesday Oct 16th to 18th. Forty three teams signed up and enjoyed great fishing that produced a total of 102 billfish, consisting of 61 blue marlin (which bears out what we have been saying all year; that there are a lot of small blues), 6 black marlin and 31 striped marlin.

Day one saw a single qualifying fish come to the scale (has to be over 300 LBS) which was a 303 LB black marlin  – that captain has a good idea, as it was very tight on the weight – caught by Allen Stuart aboard the 61 Ft Blackwell Wild Hooker.  Day two a bigger fish came in this time aboard a 35 ft Cabo  Reel Gold, another black marlin, caught by Murray Wright.

The largest tuna was 214 LBS aboard the 31 ft Bertram El Torito  and taking second place for tuna overall and winning the third day was Pisces  C Rod with a very nice 146.50 LB tuna caught by Bryce Schell, who was a first time tournament participant.  Overall a nice event, well run, organized, great cocktail party and dinner but more entries are needed to raise the awareness of this tournament.

THE BISBEE OFFSHORE took place this past weekend, with two day of fishing on Friday and Saturday the 27th and 28th of October. This smaller version of the Bisbee is a fun event with a chance at some big money and includes categories for game fish as well as Billfish. The Black and Blue coming up tomorrow is strictly for blue and black marlin.

As usually there was last minute drama with the winning boat pulling in with just minutes to spare, before the scale closed. The impressive Hooray an 82 Viking with a distinctive blue hull kept everybody on edge waiting for their fish to show up at the dock, especially team Ten Brothers who had landed a 480 LB blue marlin earlier aboard the 32 ft Blackfin Dreamweaver , and who were sitting in top spot.

Hooray’s fish though, was quite a bit bigger at 574 LB by anglerThomas Powell who ended up taking first place.  Followed by Jeff Kietz for the 480 LB blue on Dreamweaver then Tiger Spirit with a 421 LB black marlin.

Payouts were as follows with a surprising huge pot on the tuna:

Needless to say the largest fish caught in the last ten days was not in the tournament. A 600 LB blue marlin was caught by a lone Texan aboard the 34 ft Luhrs Mucho Bueno the first day of the Los Cabos Billfish Tournament.