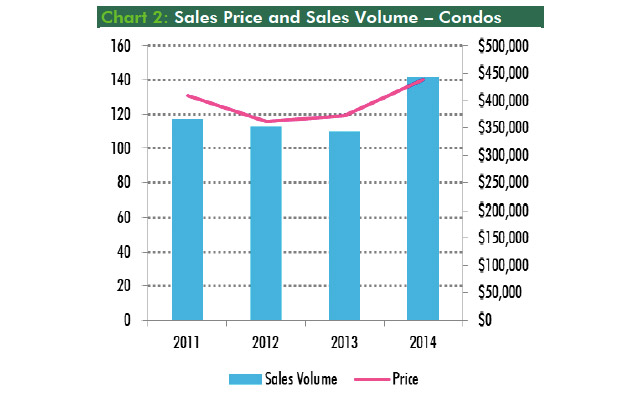 In our last market brief, we reported that 2013 sales volume for residential second homes in Los Cabos had increased substantially over 2012 volume.  This trend has continued into 2014.  According to MLS data, 2013 sales volume increased moderately for both homes and condominium over 2012, while single-family lot sales saw the largest increases, showing in excess of 55% growth over the previous year.  The 2014 sales volume shows further significant increases over 2013 in homes and condominiums with a 21% and 29% increase, respectively.  Sales volume of single-family lots decreased by about 21%; however, the average price increased significantly.  The homes, condominiums, and lots are located both within master-planned communities as well as stand-alone projects in Los Cabos. 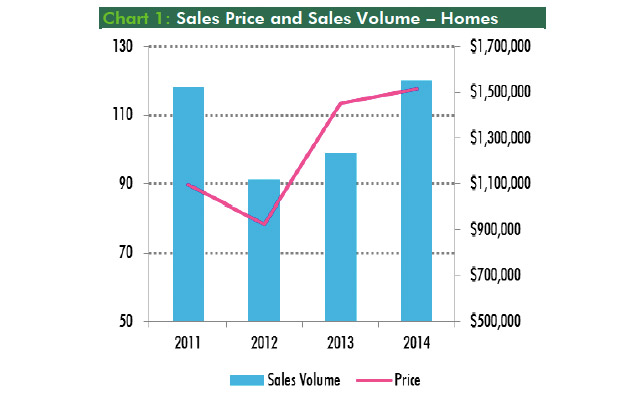 Now that sales volume is well into recovery and growth mode from the past recession, the question becomes have second-home residential prices increased?  This article analyzes the price trends for sales of homes, condominiums, and single-family lots in Los Cabos and further analyzes the factors that influence future price increases and demand in the current market environment.

Solid price appreciation is only evident when there is also substantial sales volume.  A few high priced sales do not indicate the overall health of the market, just as a few distressed sales don’t either.  While these can be warning signs of a declining or appreciating market, only an analysis of pricing trends based upon substantial sales volume can a market be accurately analyzed.  Over the past couple of years, Los Cabos has seen that substantial volume return, which adds confidence to pricing trends and projections.

Supported by strong sales volume, sales prices are getting stronger

The following charts compare the total sales volume (number of sales) and average sales price of homes, condominiums, and single-family lots in Los Cabos.  While the data is based upon MLS resale data and does not include developments that do not report to MLS, the MLS data is sufficient to indicate a trend.

While Hurricane Odile set Cabo back a bit, overall sales volume has only been moderately affected.  Total sales volume between September through December 2014 (with hurricane) was about 20% less than the same period in 2013 (without hurricane).  While this is a set back, overall 2014 has outperformed previous years.

Further, passenger flight arrivals to Los Cabos continue to show increases, fueling the increase in the number of potential buyers to the area.  According to data compiled by CBRE, over the first eight months of 2014, passenger arrivals to the Los Cabos airport increased by over 13% compared to the same period in 2013.  Over the first eight months of 2014, according to SECTUR, hotel occupancies have increased significantly during 2014, even with the new hotels that have recently come on-line, indicating that the market is absorbing the new inventory.

All three property types show a general increasing trend in both sales volume and average sales price. While there are varying factors that influence average prices, especially due to the diversity of prices and product quality in Los Cabos, the take away from the charts show that higher prices have been supported by substantial sales volume.  Los Cabos is seeing higher priced properties selling which influences the upward movement in price in 2014.  While it is difficult to quantify the amount of price appreciation without a more detailed analysis of the sales, the point that should be communicated to buyers and sellers is that prices are not getting cheaper and that continued sales volume will push price momentum upward and not downward.

Therefore, it is my opinion that price increases are supportable for select developments, and in the near future of the general market as a whole.

Additional good news is that several high quality developments have reported sales that have been at prices equal to or above those during the 2006-2007 boom years.  Caution is added that these record highs are not the trend, yet they show the high level of confidence by many buyers and investors of the Los Cabos market.  Also adding to the confidence have been a few recent sales of hotels and hotel parcels that have been slightly above record high prices.

From interviews with buyers, sellers, agents, and developers throughout most of the major Mexico resort markets such as Los Cabos, Riviera Maya/Cancun and Puerto Vallarta, I have found that buyers are no longer making low-ball offers, or at least sellers are not responding to low-ball offers.  While some sellers are still asking inflated prices, it appears that the gap between buyers and sellers is thinning, which is one reason why sales volume should continue to gain momentum.

In conclusion, most developments along the Los Cabos corridor are reporting healthy sales further adding to the trend of a recovering and growing market. While increasing price momentum still varies among projects, the strong trend of increasing sales volume gives support for the possibility of future price increases.

You can download this report in pdf form here.

For more information about this report, please contact:
Byron Bridges, Senior Appraiser, Valuation & Advisory Services
t: +1 520 323 5163
e: byron.bridges@cbre.com
w: www.cbre.com/byron.bridges
For more information about Los Cabos Real Estate, please contact:
Marco Ehrenberg, Broker, Pisces Group Cabo
t: +877-812-3219
e: marco@piscesgroupcabo.com
w: www.piscesrealestate.com
CBRE VALUATION & ADVISORY SERVICES
CBRE has offices worldwide including Mexico and Latin America. Byron Bridges is a member CBRE’s Latin American Valuation and Advisory team, the most experienced and trusted valuation and advisory firm in the region. He has performed numerous valuations and studies in Mexico and Latin America markets for the past fourteen years. He can be reached at byron.bridges@cbre.com or 001-520-903-8962.
DISCLAIMER
Information contained herein, including projections, has been obtained from sources believed to be reliable. While we do not doubt its accuracy, we have not verified it and make no guarantee, warranty or representation about it. It is your responsibility to confirm independently its accuracy and completeness. This information is presented exclusively for use by CBRE clients and professionals and all rights to the material are reserved and cannot be reproduced without prior written permission of CBRE.
Share this article